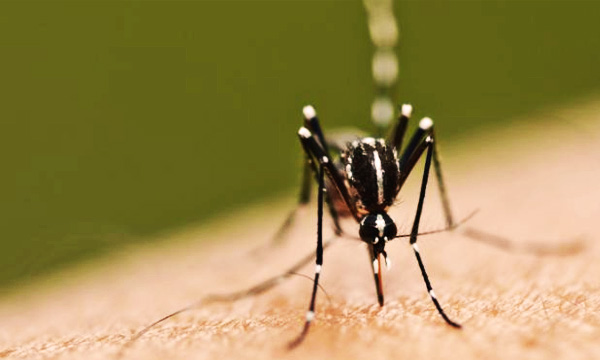 An experimental vaccine against dengue, the world’s most common mosquito-borne virus, was 100 percent effective in early trials and could speed up the pace of a vaccine against Zika, researchers said Wednesday.

Dengue — which is in the same family of flaviviruses as Zika — infects some 390 million people each year in more than 120 countries of the world.

More than 25,000 people die of dengue hemorrhagic fever each year.

“Knowing what we know about this new vaccine, we are confident that it is going to work,” said lead author Anna Durbin, associate professor in International Health at the Bloomberg School of Public Health at Johns Hopkins University.

“And we have to be confident: Dengue is unique and if you don’t do it right, you can do more harm than good.”

The vaccine candidate, known as TV003, was tested in a group of 48 people — half of whom received the vaccine, with the other half given a placebo.

TV003 is made by researchers at the US National Institutes of Health (NIH) from a mixture of four weakened but live viruses, targeted to each of the four serotypes of dengue.

Six months after vaccination, the two groups were exposed to a weakened form of dengue serotype 2 virus, the hardest of the four dengue strains to prevent.

Previous research on TV003, which has been in development for 15 years, had shown it worked well at preventing dengue 1, 3 and 4 viruses.

However, the “portion of the vaccine that was designed to prevent dengue 2 did not induce as strong an immune response in people as the other three components,” said a statement from Johns Hopkins.

This time, researchers looked beyond antibody response “for the evidence of actual infection: virus in the blood, rash and low white blood cell count.”

Of the 41 people that remained in the study until the end, none of the 21 who were vaccinated showed any evidence of dengue.

The 20 in the placebo group all had dengue virus in their blood. Eighty percent of them developed a rash, and 20 percent showed lower white blood cell counts, suggesting their bodies were fighting an infection.

The study was done in the United States, where dengue does not circulate in the population.

This helped researchers identify the vaccine’s effectiveness in people who had not been previously exposed to any strain of dengue.

“The findings from this trial are very encouraging to those of us who have spent many years working on vaccine candidates to protect against dengue, a disease that is a significant burden in much of the world and is now endemic in Puerto Rico,” said Stephen Whitehead, of the NIH’s National Institute of Allergy and Infectious Diseases.

A larger, phase III trial of TV003 began last month in Brazil. It is one of several candidate vaccines currently in clinical trials.

Researchers said their findings may assist in the development of a vaccine against Zika, which has been linked to surge in birth defects in Brazil.

Top US health experts have said a vaccine against the mosquito-borne disease will take years to develop.

“We think that this is a tool that can really accelerate vaccine development, it’s a tool that we think can be extrapolated to others flaviviruses,” said Durbin.

“We hope to do this with Zika virus. There’s an urgent need for a Zika vaccine.”