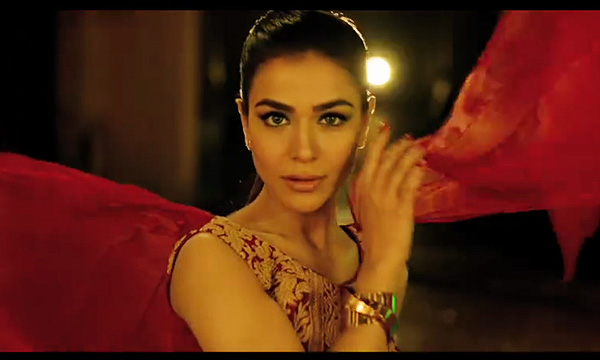 UPDATE: With the release of the much-awaited romcom ‘Dekh Magar Pyar Say’ less than a month away, the hype around it has started to increase ever more.

Released on 12th July, the film’s first trailer has crossed the whopping 590,000 mark on Facebook in less than two days of its release.

Compared to its competitors, DMPS seems to be faring well. Also to be released on the independence weekend, Moor by Jami launched its trailer earlier this month on July 7th but has currently received 72,000+ views whereas SHAH The Movie, based on the life of legendary Pakistani boxer Syed Hussain Shah, has received only 250,000+ views since July 1st.

(All stats have been noted at the time & date of writing from the official Facebook pages of the respective movies.)

‘Dekh Magar Pyar Say’ is a romantic comedy slated for an August 14 release and stars the sultry Humaima Malick and debutante Sikander Rizvi in the lead roles. It is Asadul Haq’s directorial debut produced by Ali Murtaza under the production banner of Shiny Toy Guns.

View the full trailer below:

Currently the lead actress, Humaima Malick, is busy with promotions for the upcoming movie.

Humaima looks bold and beautiful in her sultry avatar for the movie, whereas Sikander is portrayed as the lovesick boy toy.

View the full trailer below:

View the teaser trailer below:

The trailer ends with Humaima saying, “Tumhe pata hai mai tumse kuch bhi kerwa sakti hun” (You know I can make you do anything).