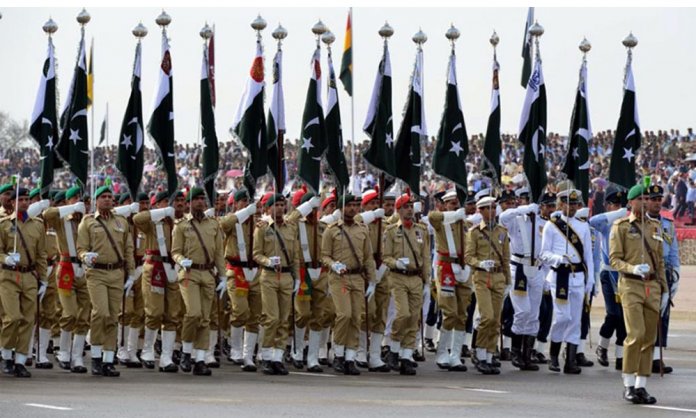 There are certain days in the history of a country that are to be remembered and revered, 6th September has been written down in the pages of Pakistan as one of those days. It is celebrated as national day to commemorate the memory of Pakistan’s successful defence against India that marked the ceasefire in the 1965 war on 6 September.

Every Defense Day we pay tribute to the armed forces for their valor and dedication to protecting the country we call home.

Despite the fact that in recent times there have been countless instances where Pakistan as a country has been in the spotlight for all the wrong reasons, but that doesn’t nullify all the positive aspects that are persevering.

Pakistan still gives us reasons to celebrate it and pay tribute to the forces for safe guarding it.

Here are 7 facts That Will Make You Proud of Your Armed Forces.

We are ranked number 11 amongst the world’s 20 strongest militaries.

Our military force is the 6th largest in the Muslim world. Pakistan Army has the largest women armed forces in the Muslim world.We have 9000 women serving in the armed forces and intelligence agencies.

4. The only Country to Have Women Major Generals

Pakistan is the only country in the Islamic world to have women major generals in the Army. We are home to Air Commodore MM Alam (Late), who holds a world record for shooting down five Indian planes in less than a minute.

We are the largest contributor of troops to the UN peacekeeping missions in almost 23 countries. Let’s take out a moment to be proud Pakistanis and salute our forces as they continue to sacrifice their today for our tomorrows.