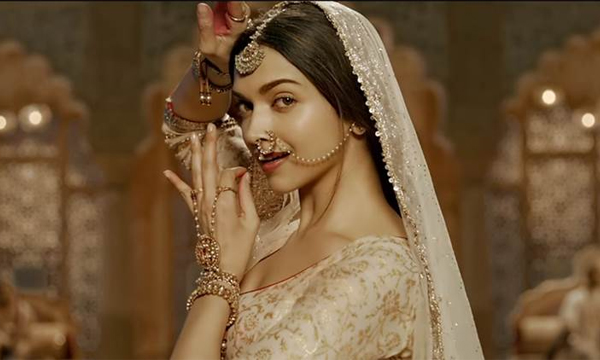 Deepika Padukone has made it to the list of top 10 highest paid actresses in the world, compiled by Forbes. She is the only Indian star on the list, ranked at number 10 with earnings of $10 million.

Jennifer Lawrence and Melissa McCarthy are in the lead with $46 million and $33 million respectively. Scarlett Johansson, Jennifer Aniston, and Fan BingBing followed suit by earning $25 million, $21 million and $17 million each respectively.

Being the only Bollywood celebrity and the latest addition to Forbes list, Deepika made the cut as she earned $10 million during the current year.

All the way from Madrid! Here's another exclusive image of @deepikapadukone's stunning look for #IIFARocks -Team DP

After her recent successes of Piku and Bajirao Mastani at the box-office, it comes off as no surprise.

Watch how the breathtaking #Mastani conquers #Bajirao’s heart in this soothing song #MoheRangDoLaal from #BajiraoMastani. Link in bio.

Even though the leggy lass earns relatively less than her Hollywood counterparts, the starlet mints money via heavy endorsements making her one of the highest-paid celebrity actress in India.

Even though Priyanka Chopra too is making waves in Hollywood, she is nowhere to be seen in the top ten of the list!

Happy Happy Birthday to the man with the kindest most generous heart!I love you Teddy!😜😘❤️ @vindiesel

She rose to fame with the Shahrukh Khan starrer Om Shanti Om almost nine years ago. The actress has since worked in box office hits going over a $150 million benchmark.

Deepika, 30, is also regarded as a stylish actress who also recently introduced her brand All About You  for Myntra, an online shopping brand.

That's one gorgeous way to suit up! @deepikapadukone's look for a brand event in Delhi is stunning! Don't you agree?

Here’s the complete list of the world’s highest paid actresses.