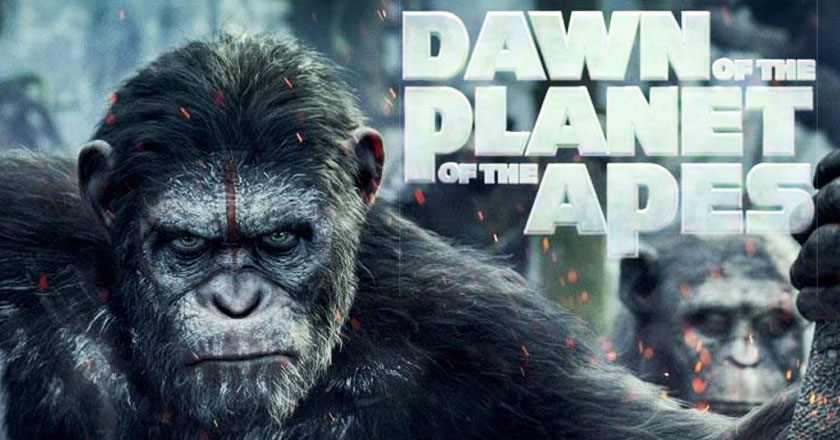 The 3 year long wait is finally over for the fans of The Rise of the Planet of Apes.

The last installment of the series left us pondering whether the humans survive the deadly virus or not and what happens to Will or his relationship with the once-jovial-but-now-dreadful ape, Caesar.

Let’s have a look at the trailer to enhance the excitement and thrill.

The trailer of the Dawn of the Planet of the Apes, which was released a month ago, was about how the apes have been living without any human contact for ten years, and how an encounter with a small group of humans led to devastation.

The current trailer however,  reveals too much of the movie; so much so that one feels you’ve watched the entire movie in less than 3 minutes like an attention-grabbing scene where an ape tries to win the confidence of two men, only to kill them, could have made the best five minutes of the movie.

However, this film is not a usual, mindless disaster movie, it is a reboot of the original Planet of the Apes series which received great applause in 1968.

We have decreed that the trailer promises a lot, and as Caesar says, “the war has already begun”. But in the war of species, will the fittest survive?