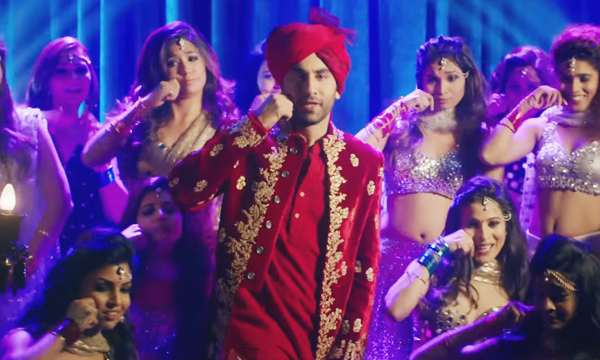 With the release of Ae Dil Hai Mushkil just four days away, the makers have rolled out another upbeat song to escalate the excitement for the movie. After The Break Up Song, it is the filmy song called “Cutiepie”  featuring Anushka Sharma & Ranbir Kapoor that is bound to get you grooving!

Sadly, due to the ban of Pakistani Celebrities in Bollywood, our very own cutie pie Fawad Khan is absent from the tune.

Watch the track for yourself here!

We must admit Ranbir Kapoor and Anushka Sharma  have raised their style game for the quirky song.

Their chemistry is also worth a watch in the tune!

The tune has some crazy lyrics, unveiling Ranbir in a cute avatar as he witnesses Anushka getting hooked to some other guy.

Ae Dil Hai Mushkil will hit the theaters in India on October 28, 2016