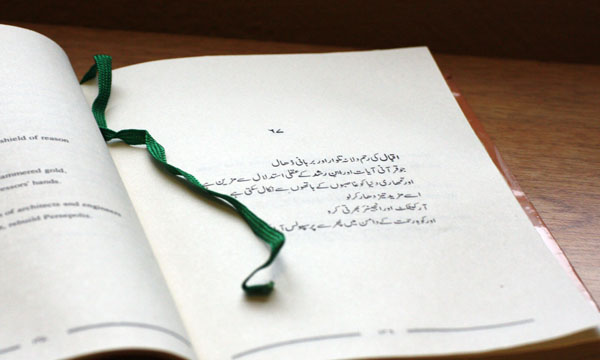 According to Tehreek-e-Nifaz-e-Urdu’s member Mubeen Akhtar, Urdu should be used for CSS examinations for Supreme Court’s decision to make Urdu Pakistan’s official language a true achievement.

It is reported by Express Tribune that during the Nifaz-e-Urdu conference held yesterday at the Arts Council Karachi, a number of esteemed speakers commended Supreme Court’s decision to make Urdu the official language of Pakistan. While they call it a “historical moment” for the nation, they believe that it would only be an achievement if the decision is applied in practical fields of life.

Read more: Urdu to Become Official Language of All Universities in Pakistan

Mubeen Akhtar suggested the use of Urdu language for CSS examinations to finally end the prejudice against the much ignored language.

Another attendee, Dr. Fatima Hasan of Anjuman-e-Taraqqi-e-Urdu recommended the need to raise awareness about the Urdu Dictionary Board in Karachi.

Students attending the conference also voiced their opinion on the unfair importance given to English.

Do you think Urdu should be used for CSS examinations? Share your views in the comments below.