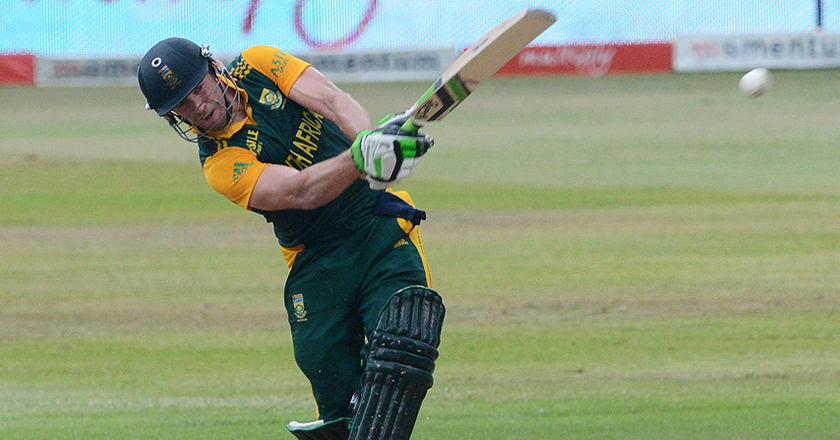 South African batsman, AB de Villiers set a breathtaking new record of the fastest ever ODI century on sunday in a match against West Indies. De Villiers hit 16 sixes and 9 fours in the record smashing century with only 31 deliveries, within 59 minutes. The record for the previous fastest century was set by New Zealand’s Corey Anderson with 36 balls, who congratulated AB in the following words:

“Records are there to be broken and congratulations to AB, it was obviously a hell of an innings.” With the new record set, sportsmen from around the world, congratulated and appraised de Villiers at Twitter.

Here are some tweets from renowned cricketers, coining AB de Villiers as the cricketing genius.

I demand a DNA test of AB DeVilliers…this game is only for humans. #superhuman #WhatAPlayer

You don’t often pray to get the bloke with 150 not out on strike when you’re bowling! Well done AB, gentlemen and a class act #carnage

Not the worst entertainment from AB right now. Best in the world without a doubt. #SAvWI

AB de Villiers has scored 149 runs from 44 balls. That is as preposterous as his name. Remarkable performance!