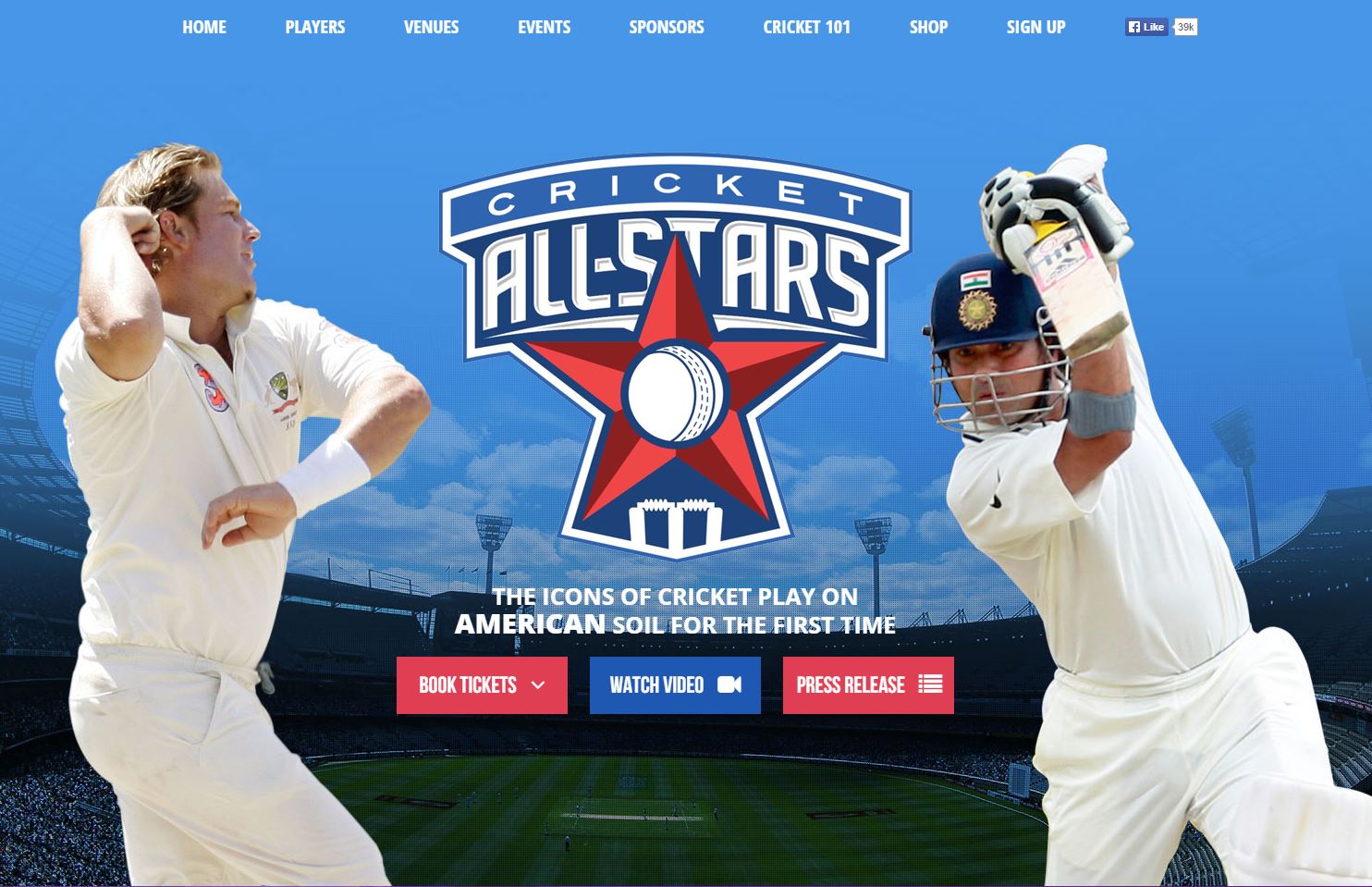 ‘Cricket All Stars 2015’ the first ever cricketing event in the United States, is all set to mark footprints of this sport in the country with the aim to popularize and globalize the gentlemen’s game.

30 icons of cricket hailing from eight top test playing nations are coming together for this event in America and they will be divided into two teams Warne’s Warriors led by former Aussie spinner Shane Warne, and Sachin’s Blasters led by little master of India Sachin Tendulkar.

Read More: Cricket to Become a Part of Olympics? ICC to Discuss Prospects

It will be a series of three Twenty20 exhibition matches to be played in three different cities for the promotion of cricket.

Before live cricket action comes into play, ‘Cricket Clinic’ A short cricket learning session and ‘Cricket and Beyond – All Stars, Gala Dinner’ in each of these three cities would also take place accordingly to the program.

Tickets for all three matches and Gala Dinners are available now that can be booked online. From Pakistan, Sultan of Swing Wasim Akram, Rawalpindi Express Shoaib Akhtar and off-spinner Saqlain Mushtaq and wicket-keeper Moin Khan to be part of this series.

Shoaib Akhtar has expressed his wish to be included in Sachin’s Blasters.

Read More: Pakistani & Indian Cricketers Unite For Charity Match This event is a joint presentation by United Sports Associates and Cricketwood and has been sponsored by leading companies of the world like Pepsi and Mastercard. See Some cricket celebrity action happening at the venues:

Stay tuned to find more updates about one of the biggest cricket events of the year!