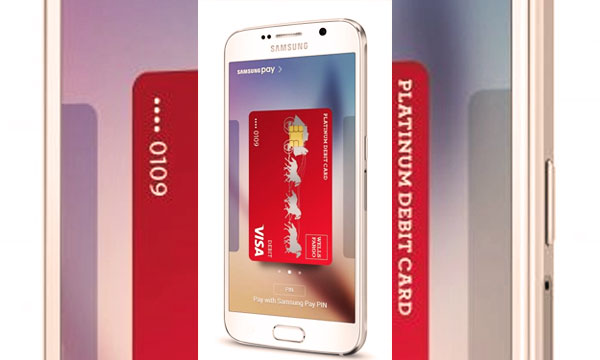 As Google gears up to launch its digital wallet service, Android Pay in the UK, many experts are still less than convinced that the idea of replacing a credit card with a smartphone is really going to gain mainstream consumer appeal.

According to Juniper Research, by the end of 2016, 148 million people around the world will be reaching for their handsets to make payments at in-store point of sales (POS) terminals.

In its latest white paper, “Contactless Payments: ‘NFC Handsets, Wearables & Payment Cards 2016-2020,” the research firm highlights that one-in-five POS terminals in the US now supports NFC (one of the technologies that facilitate payments by smartphones) and points to Apple as a catalyst for consumer interest in the technology. When Apple Pay went live in China in February, 40 million cards were added to the system in just 24 hours.

However, registering cards and using them via a handset are not the same thing.

Apple Pay has been live in the US for 18 months and Samsung Pay and Android Pay for a little over six months. Yet, according to research from Crone Consulting, just 12 million consumers regularly use Apple’s mobile payment system while 5 million use either Samsung Pay or Android Pay.

This means that so far, just 22 million Americans have made the switch from physical to virtual wallets.

And this is despite the fact that Samsung Pay has a distinct advantage over other systems, as it works with any type of POS terminal, new or old. Or the fact that the systems, although competitors, all have one thing in common — they’re mores secure than traditional magnetic swipe credit cards.

On Tuesday, Samsung announced that Wells Fargo Bank had become the latest financial institution to support its mobile payments technology. That means that 70% of America’s credit and debit card market is Samsung Pay compatible.

In Europe, where all three companies are now turning their attention, NFC credit and debit cards are already popular, allowing consumers to tap to pay for small purchases, and existing cards are much more secure, requiring a type-in PIN number for larger transactions.

Therefore, how UK consumers — considered the most tech savvy in mature markets — embrace the technology will highlight if the services are the shape of the future or simply a fad.