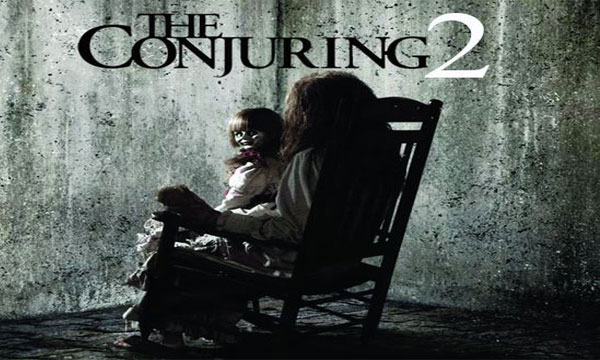 Horror movie “The Conjuring 2” topped the box office in its debut, according to industry estimates released Sunday, breaking a run of underperforming big budget sequels.

The supernatural fright-fest, starring Patrick Wilson and Vera Farmiga as a paranormal investigating couple, took in $40.4 million on its opening weekend, almost matching the $41.9 million take of the 2013 original in 2013. Its success follows the recent disappointments of a number of high-profile follow-ups, including “Alice Through the Looking Glass” and “Teenage Mutant Ninja Turtles: Out of the Shadows,” seen as having underperformed.

Based on the global smash hit video game World Of Warcraft, the CGI extravaganza tells of the initial battles between humans and orcs, and stars Dominic Cooper, Travis Fimmel and Paula Patton.

The weekend’s other big newcomer, crime caper “Now You See Me 2,” starring Jesse Eisenberg and Woody Harrelson as illusionists, came in third with $23 million.

“Teenage Mutant Ninja Turtles: Out of the Shadows,” the fifth film in a franchise based on the 1980s comics and the second of the rebooted series, was knocked into fourth spot in only its second weekend.

Its dismal estimated take of $14.8 million piles on the disappointment for studio executives after it debuted with an underachieving $35.3 million.

“X-Men: Apocalypse” — the ninth installment in the series — clung on to a top five spot after making $10 million, in a troubling third weekend that nudged the film’s total box office up to $136.8 million.

Rounding out the top 10 films of the weekend were: