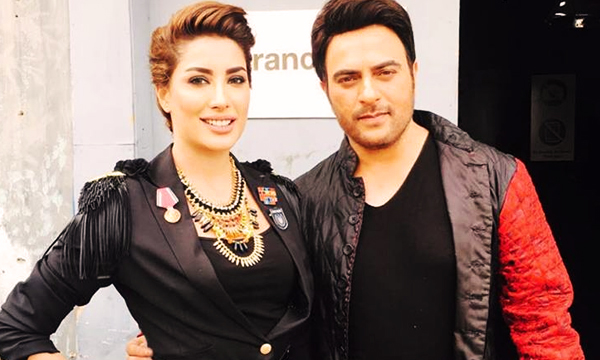 Coke Studio has earned its worth by introducing to the music industry some of the most impressive singers. After the successful Coke Studio debut of singers such as, Meesha Shafi and Fariha Pervez, Zeb Bangash and Sanam Marvi, Coke Studio Season 9 is all set to introduce Mehwish Hayat,alongside the talented singer Shiraz Uppal.

The producers for the ninth season of Coke Studio including Shiraz Uppal, Rohail Hyatt and Strings were in plans to bring something new and exciting this season and looking forward to it they have given the actor turned dancer, Mehwish Hayat a green signal to debut in a leading Coke Studio song opposite Shiraz Uppal. While talking to the Express Tribune, a source close to Coke Studio Season 9 revealed that Mehwish is a great singer and she has done an impressive job with her Coke Studio S9 debut . “She was able to hold firm against the talented singer Shiraz Uppal.” claimed the source.

Coke Studio 9 To Have 6 Producers Including Faakhir & Noori

On the other hand, she has also sung the cover version of Rolling in the Deep by Adele, during a live morning show.

It is not the first time that an actor from the Pakistani industry was given a chance to participate in the Coke Studio. Celebrities like Ayesha Omar, Akhtar Chanal, Momin Durrani and Komal Rizvi have also participated in the previous Coke Studio seasons.