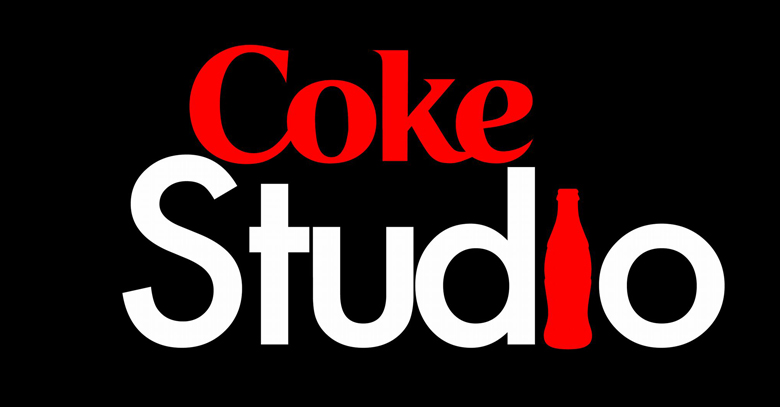 ‘Jiya Karay’ – the classic unforgettable tune from the golden era of Pakistani pop music, originally recorded in 1993 – appears as a duet with Sara Raza in Ali Haider’s debut performance on the platform. The melodica is the track’s prominent organ, which lays the mellow groundwork, but Ali Haider and Sara Raza’s effortless voices complementing one another is the fuel, turning this vintage track into the perfect love-ballad. 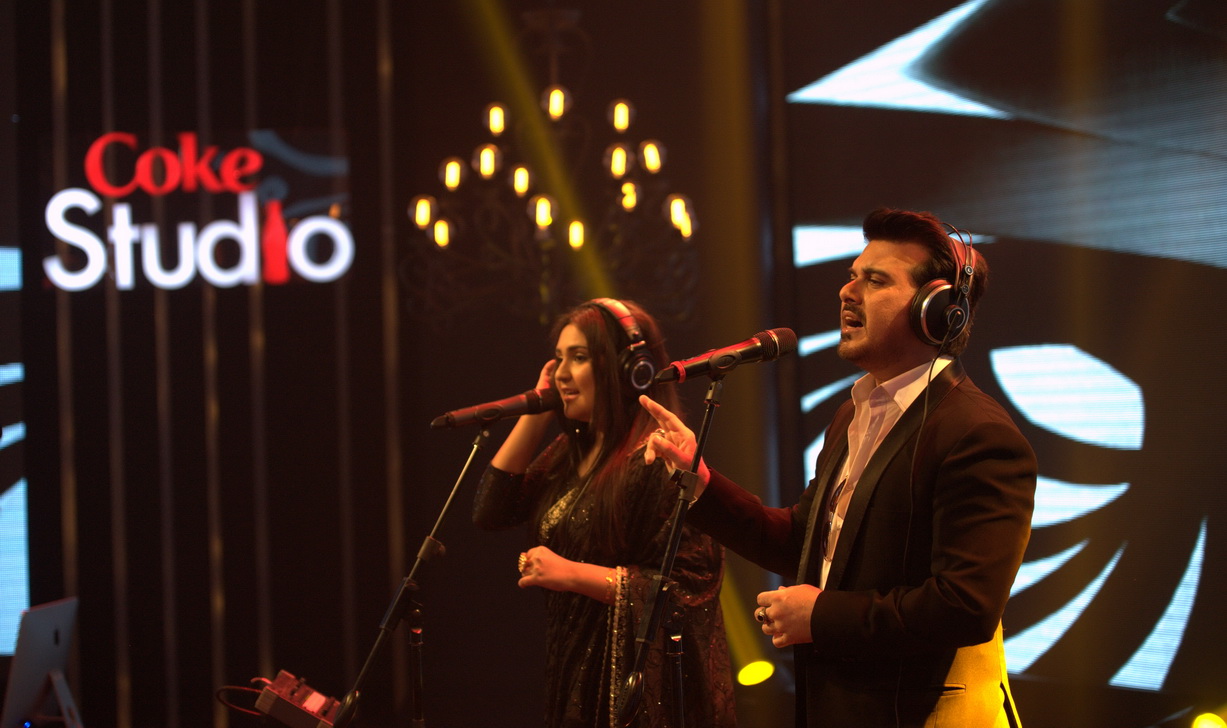 The addictive hook line finds its foundation within the string section of the arrangement, as Shehroze Hussain briefly emerges to add soul with his Sitar. Almost two decades later, the song instantly sounds classic and simultaneously fresh.

‘Kadi Aao Ni’ comfortably parks itself in the realm of pop and traditional folk melody, in this spellbinding collaboration of Mai Dhai with Atif Aslam. The sound is inherently infectious as the song opens with Babar Khanna’s subdued, meditative beat of the dholak accompanied by Mai Dhai’s tender vocals. Enter the house-band with soulful rhythms, aided with Aahad’s groove on the drums and a solid riff that carries throughout the duration. 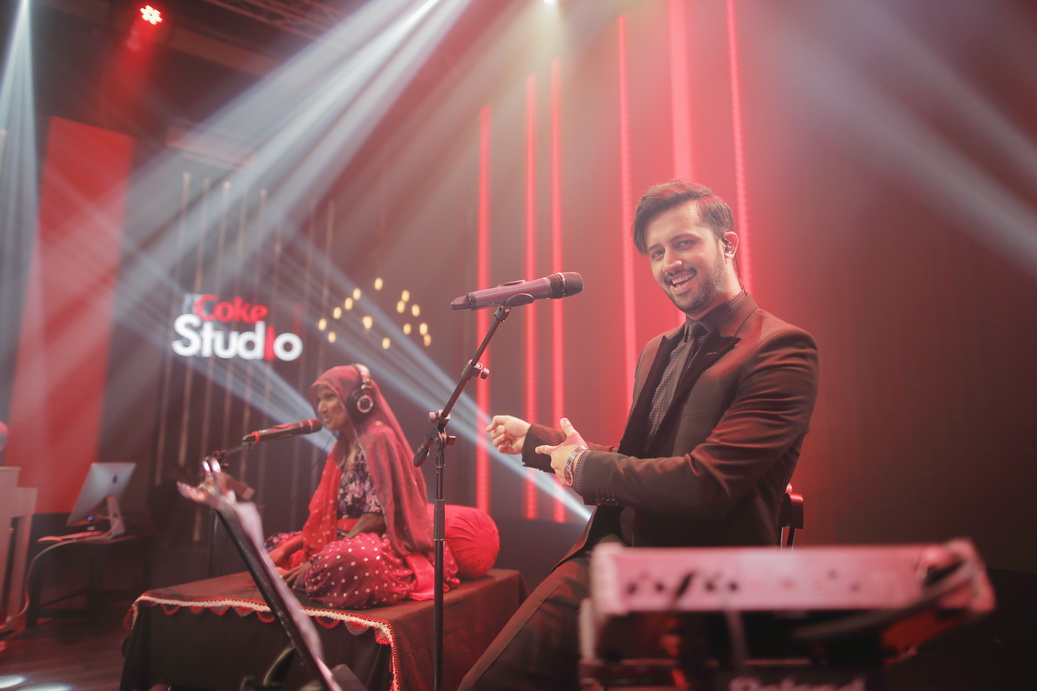 Atif Aslam arrives as the perfect counterbalance armed with his signature swagger, anchoring himself as he sways toward the higher notes with the emotional phrasing of the lyrics. Amidst Imran Akhoond’s acoustic pop/rock solo, the track builds up as the powerhouse vocalists come together. This is the unexpected duo at their best: doing something gracefully, simply because they can.

‘Ve Baneya’, the first collaborative single of the duo – Fizza Javed & Mulazim Hussain. The song calmly unfolds with Sajid Ali’s flute, as the guitar scribbles over with Babar Khanna’s dholak launching this contemporary semi-classical track. Originally written and composed by the songstress herself, Fizza Javed’s dreamy vocals create a percussive effect while the violins and the string section gracefully fill up space. 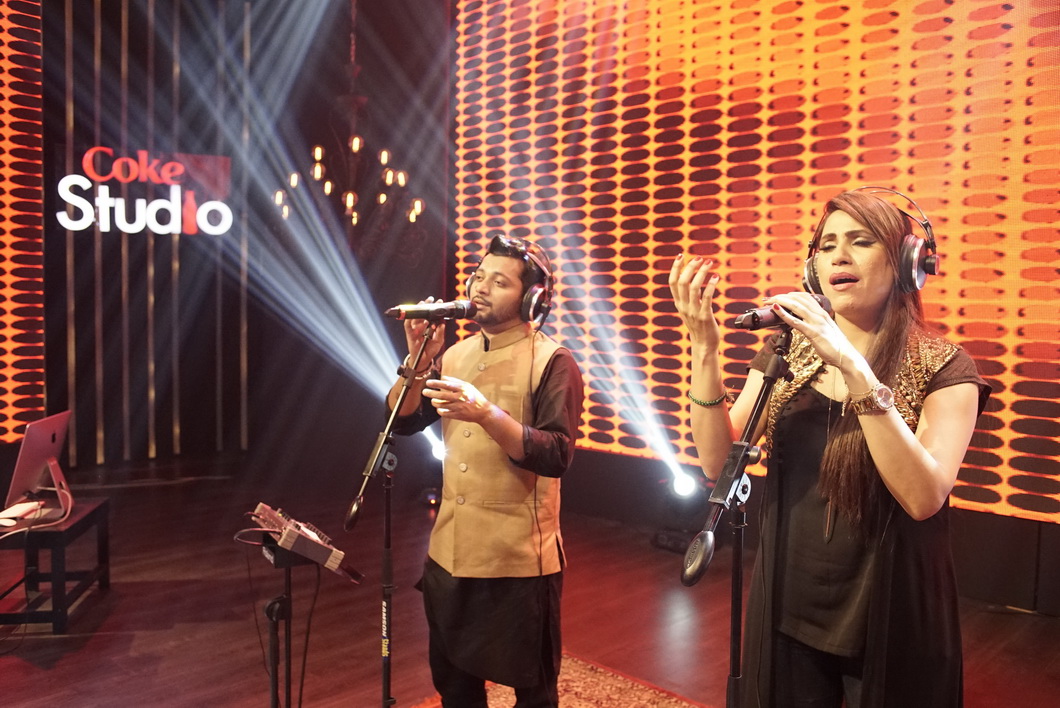 In his second appearance on the season this year, Mulazim Hussain enhances the direction of the song as he croons parts of ‘Hamjholiyan’ – famed for its rendition by Reshma – by fueling ample amounts of emotion into the track as effortlessly as possible.

‘Hare Hare Baans’ is deeply rooted in tradition from the onset. A glimpse into the profound world of Amir Khusro, powerhouse trio of Shazia Manzoor and Rizwan & Muazzam, exhibit their fabled vocal skills in a seemingly infinite pallet of sound. Coupled with the shimmering strings of Rubab, Shazia Manzoor graces the song with her moving vocals as Sajid’s flute complements the melody. 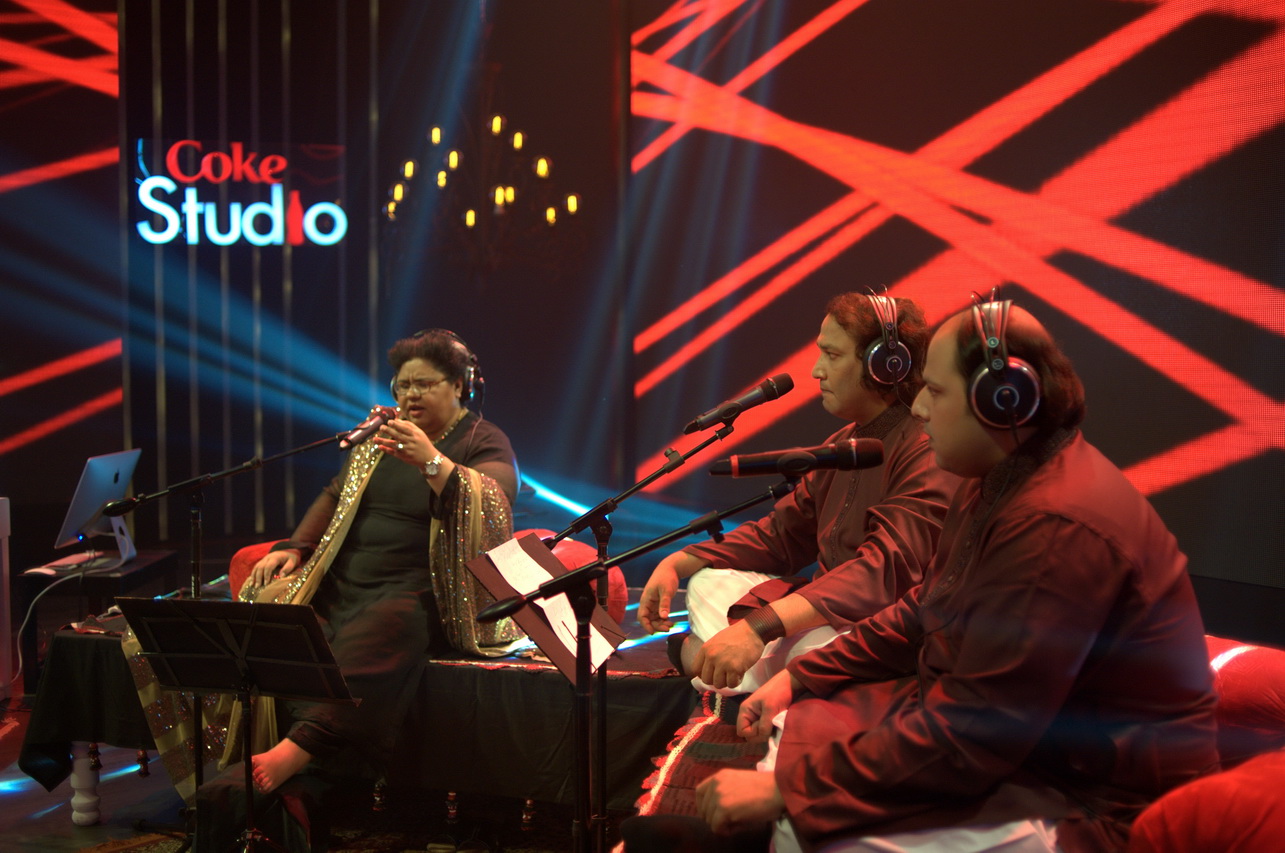 The instrumental components such as the pulsing dholak and the claps of the humnawa offer an array of distinctive textures. Rizwan & Muazzam’s typically heavy-baritone vocals are bolstered by the house band that allow the maestros a constructed soundscape that makes their performance beautifully pronounced.

Episode Six of Coke Studio’s Eighth chapter in its journey will be aired on all major television channels, radio stations and available online.