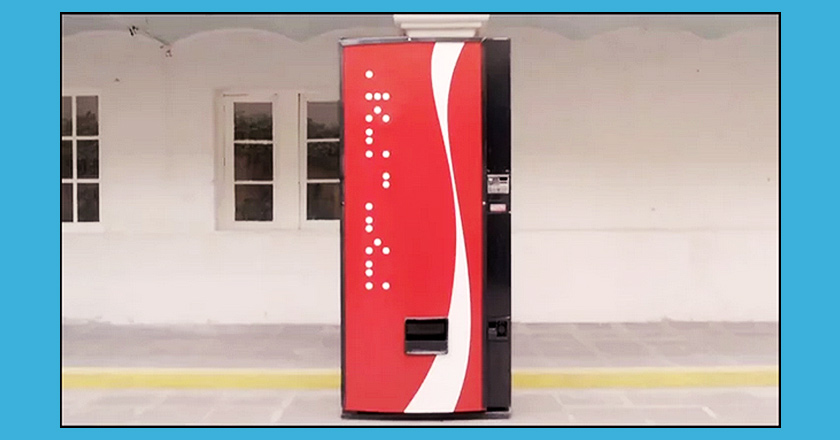 The world’s favorite soft-drink giant, Coca-Cola, has launched a line of specially designed cans for the blind, known as ‘Coca-Cola Braille’.

The idea originated when executives at Coca-Cola discovered that the blind people could not enjoy their ‘Share a Coke’ campaign – where people could share a can of Coke with their names or their friends name printed on it.

Coke in collaboration up with Mexican advertising agency, Anónimoso, and with Ogilvy & Mather Argentina, decided to produce limited-edition Braille versions of cans and bottles, that the blind may feel their names using their sense of touch, and feel as being a part of Coke’s famous worldwide ‘Share a Coke’ campaign.

According to the American Foundation for the Blind (AFB), Braille is a system of raised dots that can be read with the fingers by people who are blind or who have low vision.

Watch the two television campaigns below: