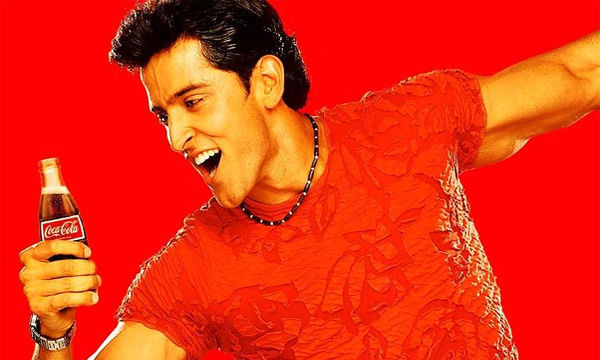 Meeting Hrithik Roshan was Shikha’s dream and Coca-Cola helped her get it.. Or so it seems! After waiting for 15 long years, small town Chandigarh girl, Shikha has decided to drag Coca-Cola to court for having denied her date with the superstar. Having won the “Meet Him on a Date” contest back in 2000, 34-year-old Shikha has sued Coca-Cola for still not having been given a chance to meet the dream hunk, Hrithik Roshan.

Hrithik Roshan took Bollywood by storm 15 years ago with his debut performance in Kaho Na Pyar Hai. Having gained popularity almost instantaneously, Coca-Cola signed him up for an endorsement deal for its Meet Him on a Date promotional contest.

Chandigarh girl Shikha won the contest based on the prize revealed at the back of the crown of the Coca-Cola bottle. However, she was denied the date with Bollywood’s Greek God and offered INR 5 lakhs instead. Having refused the compensation offer, Shikha sent a number of letters and requests to the beverage giant to keep their prize promise.

After having waited for 15 years now, Shikha has finally gone to court to sue Coca-Cola for running a fake promotional campaign and defaming her amongst her family and friends in the process.

The local Chandigarh court has not only issued a notice to Coca-Cola company to keep its word and arrange a dinner date for Shikha with Hrithik Roshan but has also waived Shikha’s court fee amounting to INR 2.43 lakhs, considering that she is helping the government unmask a huge marketing scam.