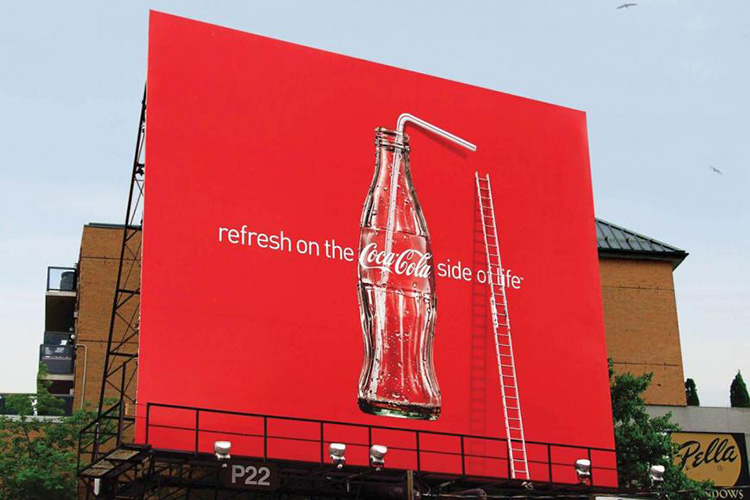 Coca Cola came up with a very creative outdoor in USA. Just to ensure maximum impact, Coca-Cola have added a 3D straw and ladder to make the billboard really stand out. Coca-Cola is a carbonated soft drink sold in stores & restaurants throughout the world. It is produced by The Coca-Cola Company of Atlanta, Georgia, and is often referred to simply as Coke (a registered trademark of The Coca-Cola Company in the United States since March 27, 1944).