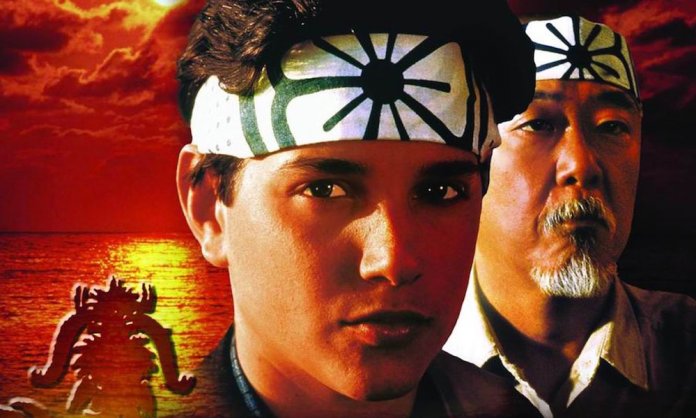 For Generation X, “The Karate Kid” is a pop culture touchstone.

Now, more than 30 years on, YouTube wants to bring a new generation into the dojo.

Thirteen years after its creation, the wildly popular video-sharing platform is rolling out its first major original content series, “Cobra Kai” — a revival of the 1980s saga with a twist.

With the first 10-episode series going live online on May 2, Google-owned YouTube is also hoping to draw new customers to its $10-a-month streaming service, YouTube Red, which was launched in 2015.

YouTube Red is now available in five countries — the US, Australia, New Zealand, Mexico and South Korea.” — but YouTube says it will reach dozens more by year’s end.

The portal — which now has 1.5 billion users — is hoping its forays into original content will help change the company’s economic model, which until now has been largely based on ads and homegrown viral video stars.

To do that, and also counter the rise of Netflix and Amazon, the company have looked to a known quantity.

“The Karate Kid,” released in 1984, led to three sequels, and even a reboot in 2010 starring Will Smith’s son Jaden. Overall, the films have taken in more than $500 million at the box office worldwide.

The star of the first film, Ralph Macchio, and the creative team behind such unhinged, raunchy comedies as the “Harold and Kumar” films and “Blockers,” are on board for “Cobra Kai.”

The series — still set in the Los Angeles suburbs — is a comedy, and it’s told not from the perspective of Daniel LaRusso (Macchio), the bullied teen hero who learns karate from a martial arts master, but that of his nemesis Johnny Lawrence (William Zabka).

“Cobra Kai” creators Josh Heald, Jonathan Hurwitz and Hayden Schlossberg helped convince a hesitant Macchio, now 56, to get on board.

“They were so convincing, passionate, completely well versed into the narrative of where they wanted to go, respectful of the nostalgia, the legacy of what the film is,” Macchio said at a roundtable organized during the recent Tribeca Film Festival.

“It’s their ‘Star Wars’,” he added, referring to the series creators’ passion for the source material. “They know much more about the movie than I do, which is kind of freaky.”

“Cobra Kai” subverts the usual hero-villain set-up of many martial arts film by exploring the complexity of Johnny, who was somewhat misunderstood, and thus demonized.

Johnny, now in his 50s, has led a life full of ups and downs — mostly downs. Viewers can imagine that Daniel’s triumphant kick in the original film’s ultimate bout was the beginning of his woes.

Johnny is offered a chance to rebuild his life — and upset that of his old rival, now a successful car dealer.

Karate still takes center stage, along with a more general look at martial arts training and teenage relationships — all hallmarks of the original films. But the show has an off-kilter humor that stems from Heald, Hurwitz and Schlossberg.

With a cast of mainly young actors, YouTube hopes “Cobra Kai” can earn a following with a generation whose parents remember the first films, but often don’t understand what makes their own kids tick.

“There was something especially about bullying that looked very 2018 to us,” said Heald.

“We had to show restraint. We had to pull ourselves back and resist the will to just swim in a ‘Karate Kid’ fan bath.”

YouTube has already produced some series for YouTube Red, including a fresh take on the popular “Step Up” street dance films. The first episode of “Step Up: High Water,” put online in late January, has so far been seen 12 million times.

But those shows were squarely aimed at the under-25 crowd. With “Cobra Kai,” YouTube is hoping to also play the nostalgia card, and win over a much bigger audience.