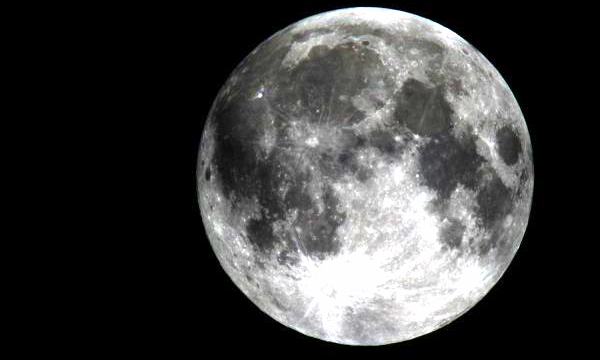 The full moon will be visible on Christmas Day i.e. 25th December around 6:11 am Eastern Time and 4:11 pm in Pakistan. The appearance of the last full moon around Christmas was recorded in the year 1977 as per the NASA officials.

The appearance of the last full moon around Christmas was recorded in the year 1977 as per the NASA officials. This is the first time in 38 years a full moon will be seen across the sky on Christmas night.

A full moon lighting up the sky around the most awaited festival globally i.e. Christmas would be a lovely sight to behold; adding to the merry making The ‘Cold Moon’ or the ‘Moon Before Yule’ as it is popularly referred to will be the last of its sort to appear this year.

According to NASA’s reports, this lunar phenomenon will not be witnessed again for almost another two decades.

Apogee is the term used to describe this rare celestial occurrence, happens when the distance between the moon’s orbit from the earth is the furthest equaling to almost 407,000 kilometers.

However, in many cultures across the globe, there are different lores and meanings associated with the full moon. According to the Native American tribes, the full moon is referred to as the Long Night  Moon as it coincides with the winter solstice marking the longest night throughout the year.

They have also assigned names to the full moons relative to the months they appear in.

The name ‘Long Night Moon’ is still applicable since it describes the position of the moon with respect to that of the Sun and the Earth.

The Sun seems to be stationed at its lowest possible point in the Northern Hemisphere directly across the moon. Also, the full moon day or the pournami holds a great importance among the Hindus as well.

So, keep your eyes glued to the sky to observe the last full moon of 2015. Happy moon watching!