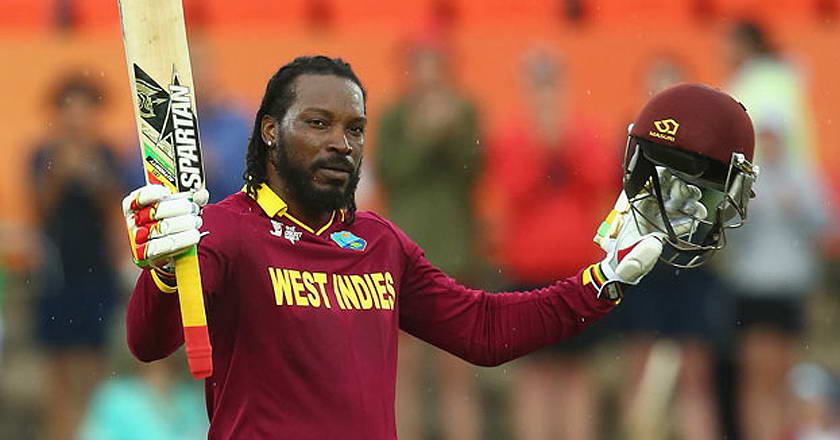 Chris Gayle has stunned the world with the highest ever World Cup score of 215 not out in the on-going match between West Indies and Zimbabwe.

The 35 year old all-rounder was going through a dry spell for a while but it seems all hell broke loose with his today’s stunning performance. West Indies has already crossed a strong total of 372 runs with two and a half over still in their pockets.