Home Lifestyle Chris Drancy: The Most Connected on Earth
Advertisement 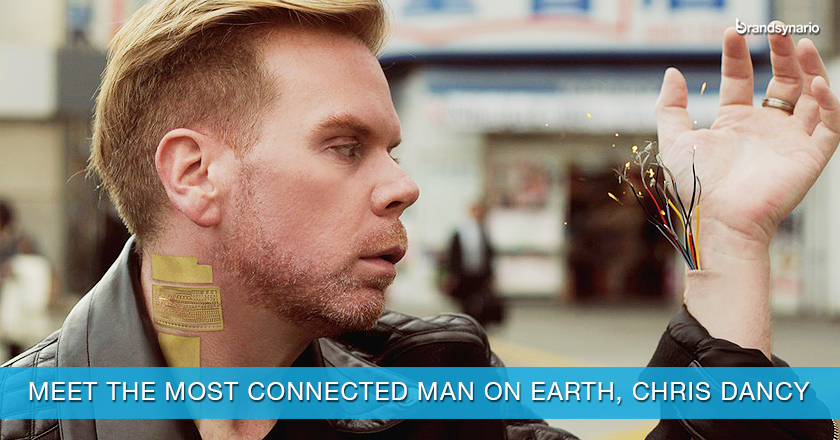 So you think you have embraced the digital world with open arms? Think again.

Chris Drancy, the tech savvy 45 years old who has claimed the title of being the most connected man in the world. With 300-700 systems running at one time that records real time information about his life. Chris has achieved what some people think they have or want to achieve, the sheer satisfaction of being everywhere at one time.

From a fitness wristband tracker FitBit and Pebble smartwatch to Beddit mattress cover to track his sleep Chris leaves on stone unturned when it comes to technology. He covers his wrist with wearable technology and uses Aria Wi-Fi scale to weigh himself, also controls the lighting in his house with his Smartphone.

Where such a lifestyle can take a toll on an average person, Chris describes his life as motivating. In an interview Chris unveiled the story behind this ambition and shocked everyone when he admitted that he has actually become healthier by staying in touch with technology. Having lost a 100 pounds Chris says that this new life have brought in a lot of peace in his otherwise hectic routine.

One of the perks of being connected 24/7 is that it keeps Chris up-to date with the latest happenings and allows him to mould in according to the environment. He says that being in the digital world has taught him better habits.

In a world where everyday technology reaches a new milestone Chris says it’s a challenging task to choose what to go for. However his favorite gadgets are the Body media fitness tracker and Pebble also he is big fan of Google Glass.

As time changes it looks like more people might adopt a lifestyle closer to that of Drancy, he believes that this is the way of the future and soon many will follow his lead.

“There are mountains of data in everything we use at home, even when it’s not ‘smart,” Dancy said. “By the end of the decade, there will not be a job on earth that hasn’t been changed by smart objects, wearable computing or personal information.”

So do you think you have what it takes to embrace the future like Drancy? Comment and let us know.