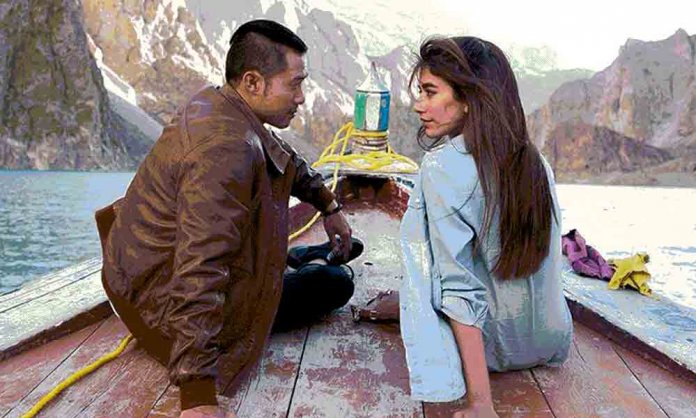 Pakistan has become a major attraction for foreign investors in the past few months who are now exploring opportunities for business in various fields including the energy sector, IT sector and now in entertainment as well.

Pakistan film industry has witnessed a major revival over the past few years where a number of quality movies were produced and gained recognition on international platforms as well.

Recently, a major development has been made between China and Pakistan relationship after the Chinese delegation showed interest in investing Pakistan entertainment industry.

A meeting was held between the Federal Minister of Information Fawad Chaudhry with the delegation of Tencent, a leading Chinese music company of the world, according to The Express Tribune.

Fawad Chaudhry appreciated the step taken by China to feature Pakistani films in Chinese cinemas. The delegation appreciated the immense potential and talent in Pakistan and are willing to collaborate in the music and film industry here.

According to the official page of the Government of Pakistan on Twitter, Pakistan will also participate in the 9th International Beijing Film Festival.

During the meeting, the Information Minister told the delegation that the current government of Pakistan is making efforts to promote tourism, sports, and investment in the country.

We wish to encourage our artists to showcase their talent and promote the diversity in the cultural landscape of the country through the art of music.

We are open to investment in the fields of film and music as these are vital mediums to promote values and culture of any society.

Talking about the downfall of our film industry, Fawad Chaudhry said that Pakistan was once the third largest film producing countries in the world. He also revealed that the government aims to increase the number of cinema screens in Pakistan.

The Federal Minister also invited the Chinese film-makers to come to Pakistan and capture the scenic beauty of its northern areas.

In October, the blockbuster movie of 2018 Teefa in Trouble got screened in China at the prestigious Silk Road International Film Festival (SRIFF).

Interestingly, Kent S. Leung, the actor who played Adams in Chalay Thay Saath, is Chinese-Canadian and the story of this film also focused on the Pak-China friendship in the most adorable way.

Let’s hope our entertainment industry gets more recognition on global platforms so that it keeps flourishing and produce quality content.

British Airways to Resume Flight Operations in Pakistan From June