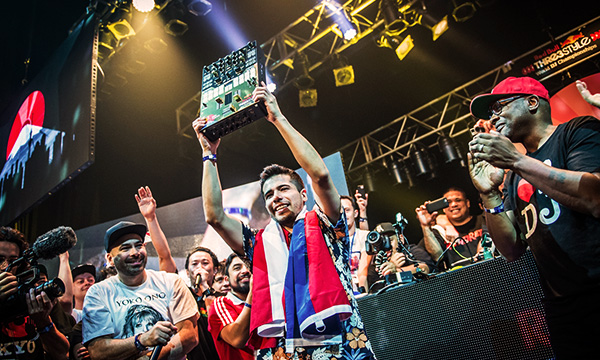 Before the final, DJ Nu-Mark performed his famous Toy DJ-set to an eager crowd, mixing traditional toy sounds with his music.

The Invisibl Scratch Piklzalso performed songs from their much-awaited record 13th Floor for the first time.A first in 20 years, it was recorded at Red Bull Studios earlier this year.

“You can achieve anything you want in life, you just need to push really hard. Believe in yourself. Don’t be too hard on yourself if you don’t achieve something the first time around, take a little break and try again. You can do it!”

Red Bull Thre3style pits the world’s best DJs in a competition that values technical skills as well as the ability to thrill a dance-floor. Competitors are judged on the dual platforms of technical ability and crowd reaction and are given15 minutes each to prove that they’re the best in the room. Judges work to strict criterias that also mark DJs on their originality in song choices, confidence in performing and mixing prowess.