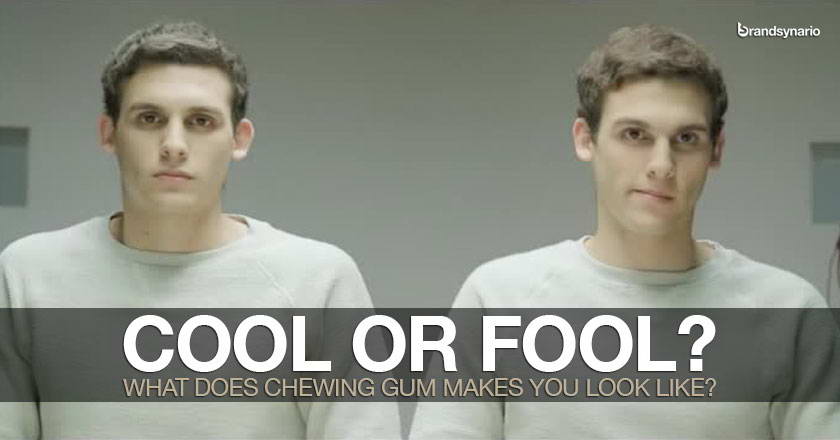 Remember the times when your teacher would throw you out from the class and your mom would bash you really bad – all because you were chewing gum?

Chewing gum while talking or in a gathering  is generally considered rude and ill-mannered. To prove this stereotype wrong, Trident (also known as Bledent in Spain and Mexico) conducted a social experiment on identical twins.

Let’s take a look at this awesomely amazingly video. I am sure it will force you to change your option about people who chew gums:

The experiment held at the Museum of Contemporary Art in Buenos Aires challenged the myth that gum chewing gives a bad impression.

Patrons were asked questions about five sets of identical twins. One twin was chewing gum, while the other wasn’t.

Queries ranged from “Which one seems like he has more friends?” to “Which one has a better sex life?” and “Which one is the bad cop?” (Two of the twins were dressed like police officers.)

Nearly 500 people took the test, and 73 percent of the responses confidently favored the twin who was chewing gum.

The video had gathered more than 3 million views on YouTube.

The study revealed that people who were chewing gums, with their mouths in motion, seem to be smiling at times.
Moreover, they look more relaxed, happy and confident than their tight-lipped twins, who make pouty expressions, as if thinking: “Damn, I wish I had a piece of gum!”