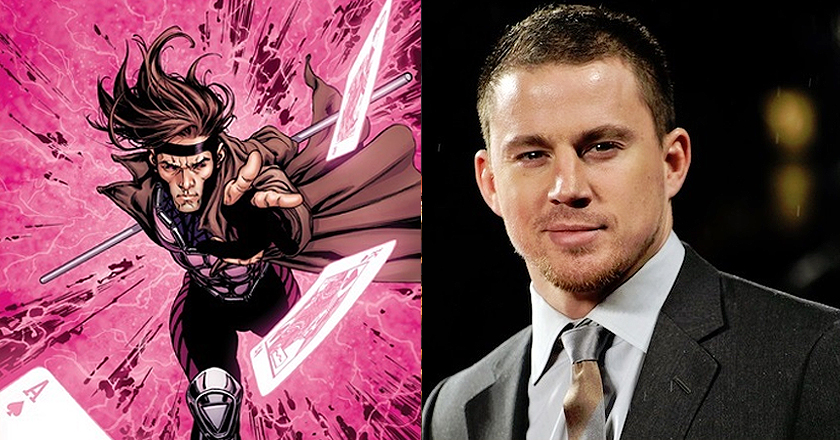 Marvel fans had an absolutely marvel-ous last year and the results reflect in the global box office record breaking earnings of $5.5 billion for 20th Century. As part of the celebrations, Fox just announced another superhero spin-off, Gambit, for them. Previously played by Taylor Kitsch, Gambit, one of the X-men team members, first appeared in the movie, X-Men Origins: Wolverine.

As part of the comics, Gambit first appeared in the Uncanny X-Men #266 back in 1990, portrayed as a professional thief, when he joins the group. Known as the “ladies man”, the Cajun-speaking mutant is an absolute hit with X-men fans as a tortured soul seeking redemption. Gambit’s mutant ability allows him to turn potential energy into kinetic energy creating explosive weapons, shield himself from mind reading by other mutants and use a hypnotic charm to get what he wants.

Gambit’s debut movie will be released on 7th October 2016 and the character will be played by the hunky Channing Tatum. Tatum confirmed his role in the movie with a tweet today:

The upcoming Gambit movie will be co-produced by Tatum himself, along with his partner Reid Carolin from Free Association, Lauren Shuler Donner from The Donners Company and Simon Kinberg of Genre Films. Josh Zetumer, of the RoboCop fame, is hired to write the script, of which’s screenplay will be based on a treatment penned by the legendary Marvel writer Chris Claremont, who co-created the Gambit with Jim Lee over two decades ago.

More details about the new spin-off are yet to be known and it will be interesting to see how the movie will serve only three months after the release of the much anticipated X-men sequel, X-Men: Apocalypse.