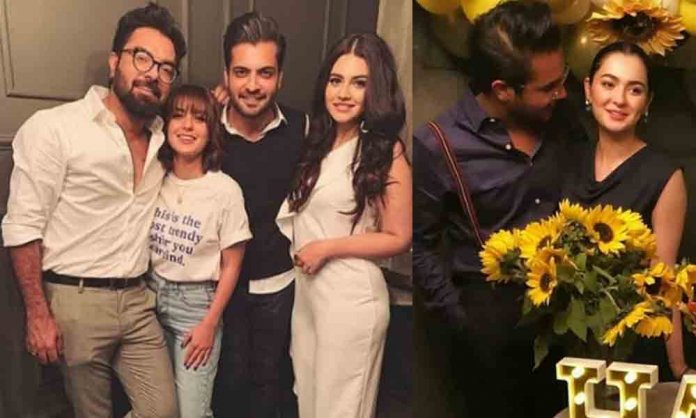 Hania Aamir and Yasir Hussain’s clash has been in the news for a couple of days now and has taken the social media by storm.

Pakistani artists and close friends of Yasir including, Zara Noor Abbas, Asim Azhar, Asad Siddiqui, and others appreciated Hania Aamir after she posted a passionate post over defying beauty standards.

Soon after they appreciated Hania Aamir, Iqra Aziz unfollowed each of them and it began a massive social media debate.

So are these friends are turning into foes?

However, now it has been revealed these celebrities have also unfollowed Iqra Aziz and oh boy, this whole thing is getting uglier.

On the other hand, the Parwaaz Hai Junoon actress took to her Instagram story and requested her followers to stop bullying Yasir Hussain.

Basically, she asked to end this clash with a good note!

Trolling and cyberbullying is not right. Doing it is wrong, and I know there are followers in my comments section who discourage such behavior.

She further appreciated her fans for all the love and support she has been getting after her Instagram post.

She went on saying:

I’m very happy if you stand with me, but if you’re going to go ahead and bash somebody on their looks or any feature on my behalf, then that’s something I will never appreciate.

Well, it looks like this Hania Aamir and Yasir Hussain storm has ruined many friendships!

For those who don’t know, it all started when Yasir Hussain called Hania ‘Danedar’, following her passionate post over defying beauty standards.