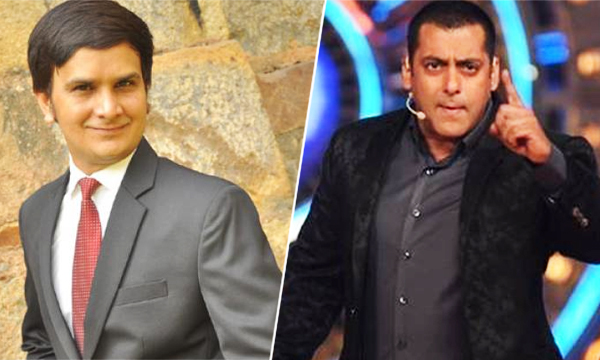 The controversial Indian reality show, Bigg Boss 10 is a month away and speculations and controversies have already started taking roots. The show has already gotten two major rejections from celebrities. The veteran actor Kabir Bedi rejected the show last week and now the motivational speaker and cartoonist, KV Gautam has also rejected the show, reported The Indian Express.

The ardent reality show, Bigg Boss 10 is a ticket to fame and stardom, so why do you think KV Gautam said no? He apparently believes that the show is not a right fir for him and will not suit his public image or personal temperament.

“Thank you all for tons of messages I got in last few days via Whatsapp, Messenger and phone calls! It was also nice to know that I have admirers in other countries too. Many of you wanted to know the reason for my rejection of BIGG BOSS 10. The main reason is that it will not suit both my public image and personal temperament. I have an image of an ‘intellectual type’.”

“The BIGG BOSS label will do big damage to that image. In fact, organizers of a very high profile event cancelled my speech presuming I will go to Bigg Boss. As a matter of fact, the intellectual class has contempt for shows like this. It’s good to be known by everyone. But one should be known for good reasons. I want to be known for my good work, not fighting, politics or stunts done for a TV show.”

Seems like rejecting Bollywood has already turned him into a star. “I will not miss Bigg Boss as I have many exciting and fulfilling plans including directing a Hindi comedy feature film. Having said that, it was interesting to note that my rejection of BIGG BOSS got me more publicity and coverage from leading media houses and TV channels than anything else I have done till date,” wrote Gautam.

Bigg Boss 10 is receiving more rejections than confirmations- rumours and speculations about the probable contestant list is out! What people are now anxiously awaiting is the final list of the contestants. Bigg Boss 10 is to air October 16th 2016!