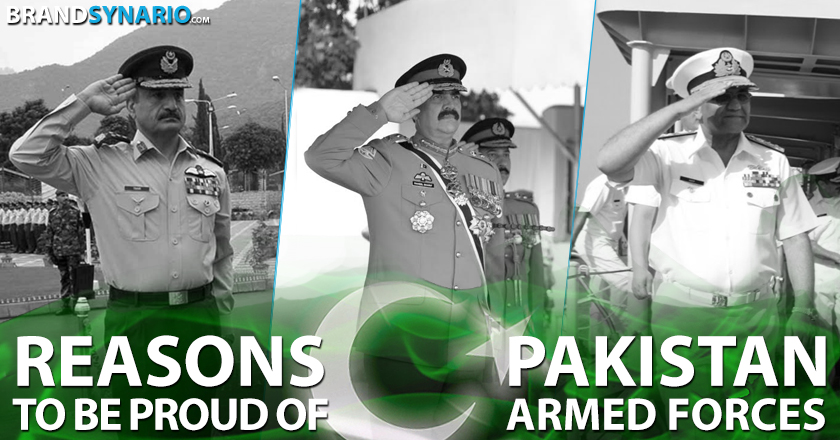 September 6th, Pakistan’s Yom-e-Difa is a day when the nation pays tribute to our heroic soldiers who fought relentlessly to defend the safety and sovereignty of our country in the Indo-Pak war of 1965.

It is a national day that is celebrated  with special prayers for all the martyrs who sacrificed their lives for the sovereignty and prosperity of the nation.

Also, exclusive ceremonies are held to deliberate special medals and accolades to commendable military officers for the amenities they have rendered for Pakistan. Awards like Hilal-i-Imtiaz, Sitara-i-Imtiaz, Sitara-i-Barsalat, Tamgha-i-Barsalat, Tamgha-i-Imtiaz and Imtiaz-i Sanad are some significant national awards given to officers of Pakistan Navy, Army and Air Force.

The purpose of these events is to inspire and encourage the populaces of Pakistan to think high of their motherland and build up their feelings of patriotism towards their country.

BrandSynario, along with the entire nation salutes those martyrs for their altruistic services and sacrifices and the high level of devotion they have exhibited for their motherland.

Here are some rare facts about our military forces that we are be proud of!

Following are the details of our nation’s pride, our Nishan-e-Haider holders, who have sacrificed their lives for ours and our future generation’s well-being and sovereignty.