Home Lifestyle Travel Cassandra De Pecol in Pakistan: The First Woman on a Mission to...
Advertisement 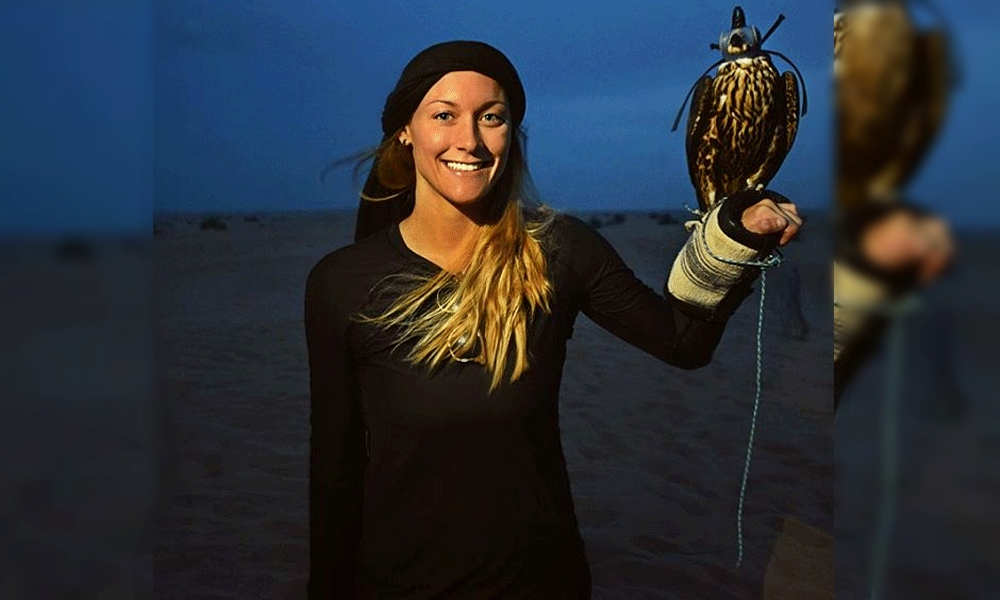 The wonder woman, Cassandra De Pecol, is on a mission to break a Guinness world record for the fastest woman to travel to 196 sovereign nations in 3 years 3 months. She is the Peace Ambassador for International Institute for Peace through Tourism (IIPT).

Cassie started off with her Expedition- 196 in 2015, since then she’s visited 190 countries. Pakistan is the 191st country on her list and she’s loving it!

It took her 4 long months to receive the Pakistani Visa while she received the Saudi Arabian visa in just 2 weeks.

Today is a monumental day for #expedition196… why? Because after 4 months my Pakistani visa is finally approved and ready for pick up!!!! WOOHOO!!!! So eager to go!!! ❤️😁🌎 • • • #regram photo by @fictionography #pakistan

Brandsynario had a chance to meet exclusively with Cassandra De Pecol at a meet-up arranged by Asiatic Public Relations Network Pvt Limited (APR) at their office. After some interesting conversation, heres what we discovered about the famous globetrotter.

The countries Cassandra absolutely loved visiting were Mongolia, Bhutan, Tunisia, Ukraine and Oman. The wild soul enjoys the Middle Eastern region the most due to its rich food and welcoming people.

Cassie adorns a beautiful Abaya on her visit to the Grand Mosque in Bahrain.

A mind is like a parachute. It doesn't work if it is not open. – Frank Zappa • • • Visited the inside of a Mosque for the first time yesterday. It was the Grand Mosque in Bahrain, and it was so beautiful. Keeping an open mind is so important when traveling, I literally relished the time I spent and the things I learned inside this Mosque. And I now have a newfound respect for the Islamic religion. ❤️ There's this skewed view based on the news, brainwashing us with all of this negativity and nonsense. I'm not going to get into the politics of this. All I can say is that every Muslim woman, man, student, child, that I've encountered on this expedition, across 9 Middle Eastern countries, including Afghanistan and Iran, have been so kind, loving and peaceful and I'm so incredibly grateful for my experience that I've had so far in this area in the world. Know that they too, want peace ❤️🙏🏼🌎. Thank you so much, Skål Bahrain! • • • #Expedition196 #PeaceThroughTourism #EveryCountryInTheWorld #Bahrain

Rainy day in Riyadh 🇸🇦🌧🇸🇦 • • • Last December, my coordinator over at Guinness World Records told me that a couple of women who were attempting the same record requested that the record be broken into two separate categories; male and female, and that women should have more time than men to complete the record because "women have more challenges entering countries", is what they said. So, Guinness abided, and separated the record into two categories (6 months into my Expedition) giving men 3 years to break the record and women, 4. When I asked her who on earth and why on earth would that/those woman/women think that women in general need more time than men to travel, they told me that they said it's because "women can't go alone into Saudi Arabia, therefore using that as an example, it takes women longer". Made me question if these women had even attempted to enter Saudi? Nevertheless, I emailed Guinness on several occasions to change the record back to how it was, EQUAL, but never received a response. I'm still so thrown off and upset about it, but actions speak louder than words and I'm about to shatter the previous (men's) record in over half the time. I also am here in Riyadh, after not only ENTERING the country ALONE as a woman, but walking around the streets, taking this photo ALONE, as a woman. My Business visa that I had to obtain and nothing about entering or preparing for Saudi Arabia delayed me in any way, shape or form. In fact, I have not been delayed entry into ANY COUNTRY, because of the fact that I'm a woman. Ludicrous and obscured. I hope to stand for women's equality now and forever and hope that my record breaking attempt will prove that point by speaking for itself. • • • I loved Saudi, I went in wearing my abaya AND hijab only to find that half the woman in the airport weren't wearing a hijab. I was soon told that it wasn't necessary to, but that the abaya was. Thankfully, I have a 5 year visa, and I plan on going back (alone) to spend more than just a couple days there and really dive into the history and culture. I have several friends from Saudi and am eager to learn more from them. Until next time ❤️🇸🇦

The adventurer advises that its best to carry light-weighted luggage, have an international data plan, keep an open mind and take daring risks to ensure a smooth journey. Cassie also mentions TripAdvisor, Google Maps, and Airbnb as must-have apps for travel enthusiasts.

Like my big hat? It's a new thing for me. Can't wait to share with you guys where I am. Watch Wednesday's Vlog but keep an eye out for Friday's 😊🌴 • • • #Expedition196 #PeaceThroughTourism #EveryCountryInTheWorld

Cassie loves Mexican food and could live off it for weeks! She also prefers Indian and Italian food and still has to try out the mouthwatering cuisine Pakistan offers.

#regram from @supermattwilliams last night at the best tapas place we've ever been to in the city. What a treat!🍷🧀

The American traveler remembers being stranded and penniless in Cuba late in the night where she was graciously offered a place to stay by her taxi driver in his home. This shows how lovely the people of Cuba are!

I'll admit I've made some petty mistakes on this Expedition, but none have amounted to the mistake I just made coming to Cuba where I forgot to take out cash in the US before coming. For those of you who don't know, Cuba doesn't accept US debit/credit cards or bank transfers, PayPal or anything of the sort, which, I knew of but completely forgot to honor. I arrived having reserved my hotel (but not paid in advance) and went on to take a taxi only to find that I just had enough cash to pay half the fare once we arrived. The hotel wasn't able to assist with the issue, and I had no other choice but to spend the rest of the night walking probably 12 hours back to the airport at midnight to spend the rest of my time in Cuba. I felt very defeated and couldn't believe this mistake I had made when I knew I had to bring cash before I came. The taxi driver who took me to the hotel told me that he has daughters and didn't want to leave me stranded, so he decided to not require any further compensation and took me back to the airport to sleep there. If that wasn't kind enough, he asked his friends at the airport restaurant if they could feed me, and they offered me rice, beans and pork as well as fresh papaya juice, water and rum, which of course I couldn't drink/eat any of because I was so nauseated and upset by my mistake. The taxi driver then offered to take me to his home where I could spend the night. His wife gave me her bed while she slept on the living room floor. This is the only time on this Expedition where I had no other choice but to accept the offerings of a stranger in order to avoid what could have ended in a devastating night, walking 12 hours on a deserted road back to the airport. I felt horrible accepting his help, but knew that he eagerly wanted to help me. If you see this, muchisimas gracias, Maliene and Dagoberto. No sé lo que habría hecho sin su inmensa hospitalidad. #payitforward #expedition196

While in Iran Cassie fondly recalls times spent with the hotel owners exploring the mesmerizing island of Kish.

Cassie sees herself doing a TV show, working on documentaries for women achievement and creating sustainability through tourism and culture.

Come with me to Mogadishu, Somalia. New vlog link in bio. • • • @spot_llc in hand at all times whenever we exited the armored B7. I felt secure having 4-5 armed security personnel surrounding me when out exploring, but Spot made me feel just thank much safer. #sponsored • • • #PeaceHotel thank you for sponsoring me! #expedition196

The traveler’s trips around the world are funded by NonProfit Organizations, National Geographic Grants, Sponsors and Private Investors.

The wonder woman believes that people all over the world have the same basic needs and would be united if it were not for the negativity caused by politics and media.

“Courage is being scared to death, but saddling up anyway.” – John Wayne • • • Can't WAIT to share with you guys where I am at the moment. But for now, here's a photo of me in my #happyplace in the mountains of #Kazakhstan last week 🤘🏼 • • • #Expedition196 #PeaceThroughTourism #EveryCountryInTheWorld

Our Managing Editor, Farhat Kapadia Mehboob with Cassie at the APR event.

Stay tuned to Brand Synario for further updates on Cassie’s visit to Pakistan for Expedition 196 and much more.