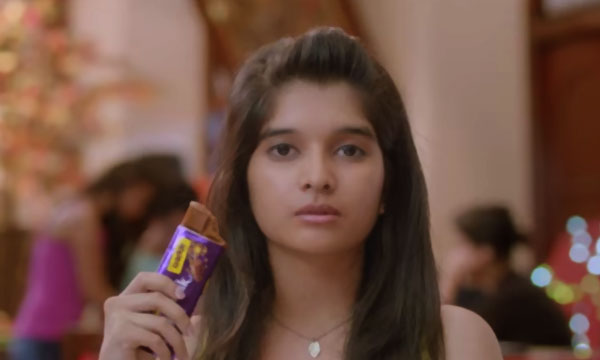 Cadbury India has come up with a brilliant ad film focusing on the upcoming event Friendship day which is round the corner. The ad film was an attempt to promote the limited edition release of its Dairy Milk products and to add light-hearted joy.

The short ad film has been released prior to friendship day i.e. on 2 August.

Conceptualized by Ogilvy and Mather, Mumbai, the film is about a group of girls that console their one friend who recently had a breakup.  The four friends offer four different flavors of Dairy Milk to their friend along with different pieces of advice.

Have a look at the ad below:

The main idea behind this ad film was to promote another aspect of relationships; friendship and to show different flavors Cadbury of Dairy Milk as a symbol that every friend adds a unique flavor to one’s life. The flavors that the TVC featured include Original, Fruit & Nut, Crackle, Roast Almond along with its 2 new limited edition flavors: Coffee Almond & Black Forest.

The main statement that the ad delivers is that “Every friend adds a special flavor. This friendship day, add a flavor, add a friend.”

What do you think of this humorous attempt at advertisig by Cadbury Dairy Milk? Share your thoughts and reactions with us in the comments below.