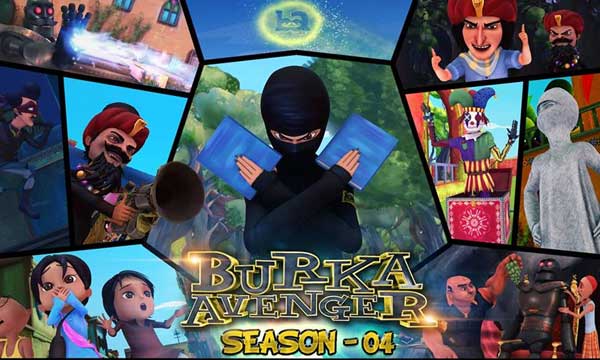 Burka Avenger is Pakistan’s first ever full-length animated TV series developed by the Unicorn Black team in Islamabad, Pakistan. This critically acclaimed and multi-award winning show features Jiya as the inspirational school teacher and her alter ego, the super-heroine Burka Avenger. Her use of books and pens as projectile weapons is symbolic on many levels. Burka Avenger fights for Justice, Peace and Education for all.

Creator and Director of the TV series Haroon said: “The production quality and storytelling is the best so far. Burka Avenger continues to push boundaries further this season by tackling socially relevant issues such as sectarian violence, stealing is wrong, struggling for peace and having the courage to fight for your rights One of the key messages that we want to give the youth is that with courage and unity, anything is possible.”