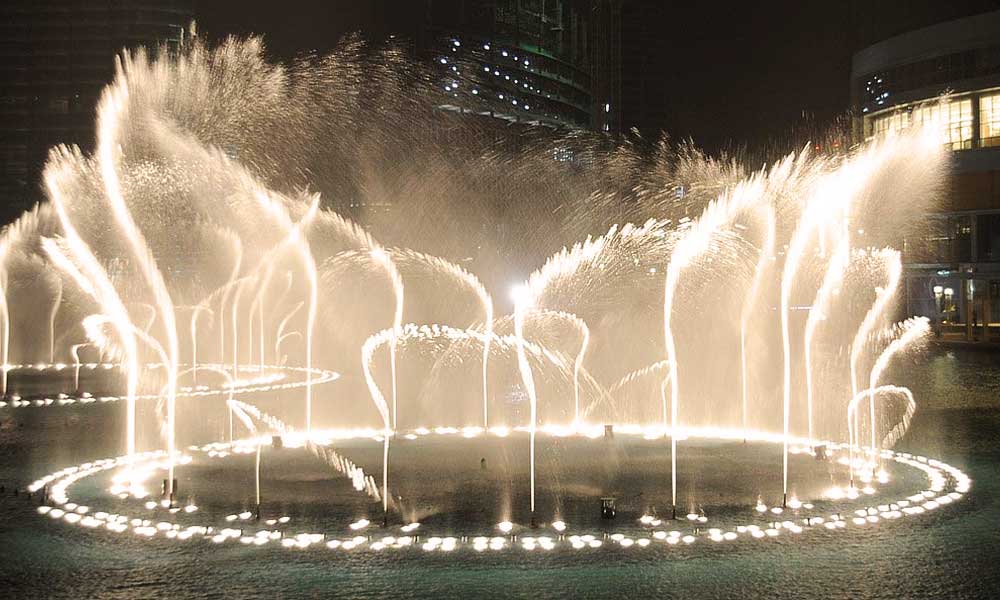 The popular dancing fountains in Dubai are all the rage amongst the tourists who visit the city. There is no need to go to Dubai for them now though, since the fountains were tested out at Iqbal Park Lahore for the first time recently. These electronic fountains can either be controlled manually or move simultaneously to the beat of the music and the flashing of lights, hence the name the ‘dancing fountains’.

The fountains testing phase was recorded and you can survey the upcoming monument for yourself below!

It was tested out on October 30th before it could be finally released to the crowd for viewing. As a part of ‘The Greater Iqbal Park Project’, the release was intended between the years 2013-2014, however, due to the lack of finances, the project was deferred twice and is due completion on the 30th of  November.

The cost for the project is said to be set at Rs. 200 million. Habib Construction Services, the backbone of this project aiding in its development, said that the parts of the fountain were imported from China and have a warranty set for one year.

Chinese electricians also helped install the fountain and the software can also be controlled from China. The local park caretakers will be instructed on how to manage the fountain by the makers of this product. More parts will be available to purchase, if needed, later in the future.

We can’t wait to see this beautiful show and you probably can’t too!