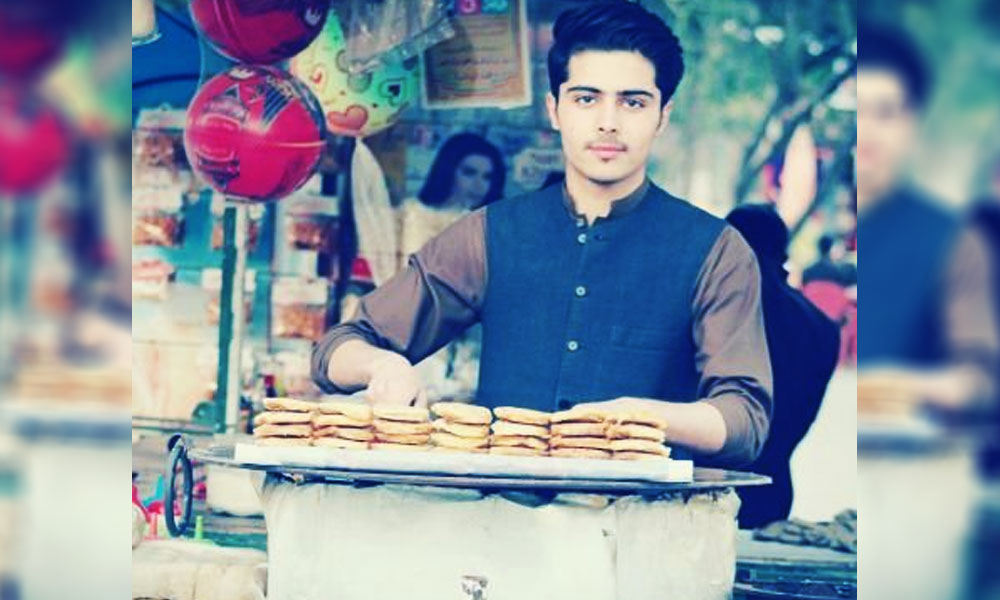 After Chaiwala Arshad Khan, Pakistan has a new crush! This lad was discovered by Raza Mehdi at Ayub Park Rawalpindi, and he is the 18-year-old, Shah Fahad.

The young lad is a burgerwala or shall we say bun-kabab-wala who sells bun kabab at a small shop in the park.

Will be live tonight on my facebook page : https://t.co/V8Xu6XaNsE tonight at 9:30 PM

Will share the #BurgerWala story and how it happened

“He sent me his picture, which I tweeted, and I had no idea it will circulate this fast.” Raza said while talking to a local news website. When the image of Fahad went viral, many individuals rushed to the park to witness the gorgeous bun-kabab-wala Fahad, however, they were unable to stop him. The reason being that Fahad quit his job to focus on his studies. He also shared a video with Raza, thanking his for his support on social media.
“Fahad told me he quit. He said that he left his job at the burger stall to pursue his studies since he will soon be enrolling in grade 9. So, I asked him to go back to the park and record a message from his stall, and he did so. Even if he is telling half the truth, and does not work at a burger stall, why do we feel the need to criticise everything and everyone.” Raza added.

You can watch Raza’s live session below:

Here’s how everyone is buzzing about burgerwala on social media:

What do you think about Pakistan’s new crush?