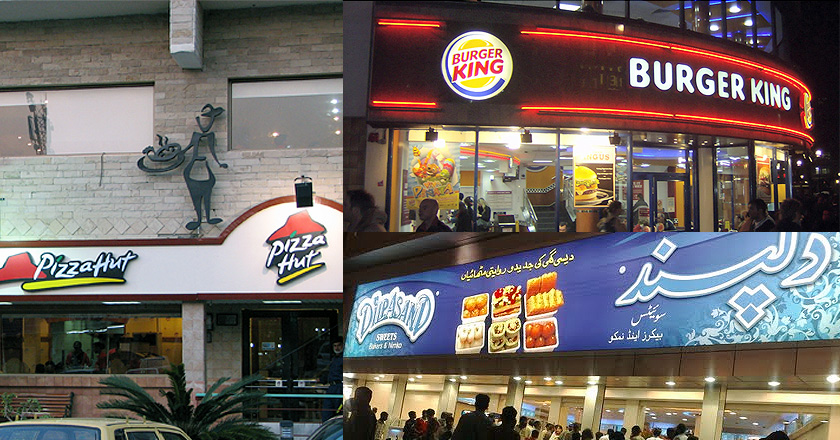 Sharjeel Memon, LG Minister announced that the restaurants were to be seized with an official stamp of the local bodies’ minister.

Apparently the restaurants have been built on land belonging to the traffic police and locals were happy to hear that the children’s park would be rebuilt.

“These restaurants became a permanent problem for the residents and commuters in the area,” Said Faisal Sheikh, resident.

Sheikh pointed out that the main road across the eateries is quite wide but was still affected by the worst traffic jams every day.

The land was leased to the restaurants under the town nazim (regent) but the contract ended in 2013. Reportedly the owners took the case to court to get a stay order.

A large crowd that had gathered outside the venue broke into applause as the demolition began.

“The political backing for these restaurants helped them violate the city rules,” claimed another resident, Farid Memon.

According to a press statement released by the local government department, Memon suspended district Central administrator Kamal Mustafa and the district’s section officer Shamoon Sadaf for letting these restaurants run on encroached land.

The cases of the then administrator, Latif Lodhi, will be sent to the anti-corruption department for further investigation, the statement said.