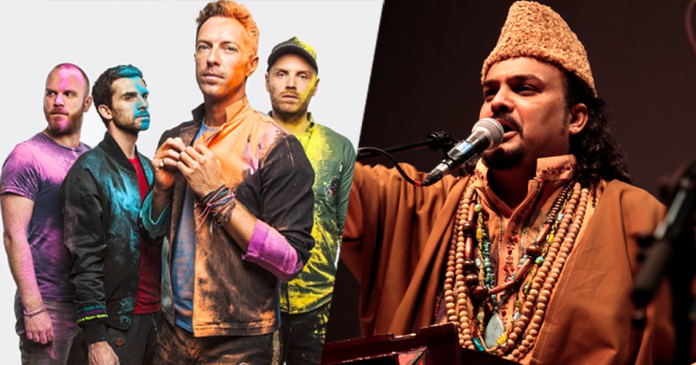 The band has paid homage to Pakistan’s Qawwal legend Amjad Sabri who had been killed in a shooting in 2016.

The album is topping charts but the track that stands out the most is titled ‘church’ which has an audible glance of our all-time favorite ‘Viva la Vida’ with a few samples by Amjad Sabri keening when the song ends.

In a recent interview with ENTERCOM, lead singer Chris Martin acknowledges that Amjad Sabri had great vocals and his qawwalis are beautiful.

Pakistanis from all around the world are super proud of Coldplay’s homage to the late crooner.

OMG GUYS @coldplay credits Amjad Sabri on its new album Everyday life. Can’t believe this 😭thank you @Ossu20 for telling me this pic.twitter.com/0YXgOPhahL

Listen to the track below!

Have you heard the track yet? Share your thoughts about it with us in the comments below.