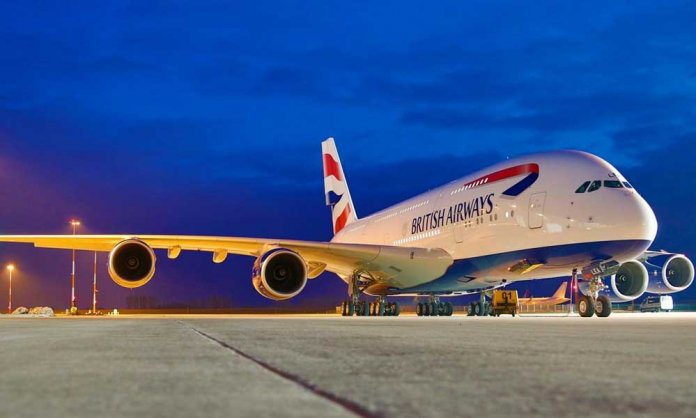 Update: British Airways has started its flight operations in Pakistan from 2nd June. The national flag carrier of the United Kingdom will operate three flights a week from Islamabad to London according to British Airways officials.

Here is the British Airways Flight landing in Islamabad!

The airline is offering a number of services to its customers. Reportedly, the 787 Dreamliner is now 20% more fuel efficient, has larger windows, mood lighting, and inflight entertainment system as well as lower cabin pressure.

Customers will have halal meat options in every cabin and the sauces provided by the airline will also be alcohol and pork-free. Furthermore, customers can pre-order from a number of special meal options including vegetarian and vegan options.

Those customers who are traveling to London can connect on British Airway’s network that expands to over 30 destinations across North America, 70 flights a day. Customers can also connect to over 30 countries in Europe.

A meeting was held between the delegation of British Airways with the Special Assistant to the Prime Minister on Overseas Pakistanis and Human Resource Development Zulfi Bukhari in Islamabad.

The delegation thanked the Special Assistant for his continuous efforts and support in discussing mutual interests. They also praised the government’s effort for improving the facilities provided at the New Islamabad Airport.

Zulfi Bukhari said that Pakistan’s connectivity with the world is going to increase and this will become an opportunity for the country.

United Kingdom‘s national carrier, British Airways, is gearing up to resume all flight operations in Pakistan.

The airline will restart operations after over a decade after being suspended in 2008 following Marriot Islamabad attack.

BREAKING: After the absence of 11 years @British_Airways to restart flights on Islamabad & @HeathrowAirport route from 15 June 2019. https://t.co/GH7MxnCRwP

The good news was shared in a conference held in Islamabad with the officials of the British High Commission.

This will be the first step both countries make towards one another as an act of ‘good omen’.

Thomas Drew, the British High Commissioner to Pakistan, said BA’s return was “a reflection of the great improvements” in terms of security.

Reportedly, there will be 3 flights which will be scheduled to depart in a week. Head of Sales for the Asia Pacific and the Middle East for British Airways Robert William also shared his two cents.

The route will be particularly popular with the British Pakistani community who want to visit or be visited by, their relatives.

The links between Britain and Pakistan are already extraordinary – from culture and cricket to people, politics, and education. I see this launch as a vote of confidence in the future of those links. -Robert William

On this occasion, DGISPR Major General Asif Ghaffor also took it to his social media account on Twitter to laud the security efforts made by the Pakistani officials to bring massive stability to the country while tackling terrorism on a daily basis.

He also thanked British Airways for restoring their faith within the country and resuming operations.

PIA’s Discount on International Travelling is a Limited Time Offer

Pakistanis are applauding the efforts of PM Imran Khan and the Pakistan Tehreek-e-Insaf government for the return of the airlines.

They took their joy to Twitter where they tweeted their hearts out.

British Airways returns to Pakistan. Direct flights from London Heathrow to Islamabad’s new airport start in June. A further boost to links between the UK and Pakistan – especially on trade and investment. @British_Airways pic.twitter.com/eKw06HEu9V

PIA’s Discount on International Travelling is a Limited Time Offer