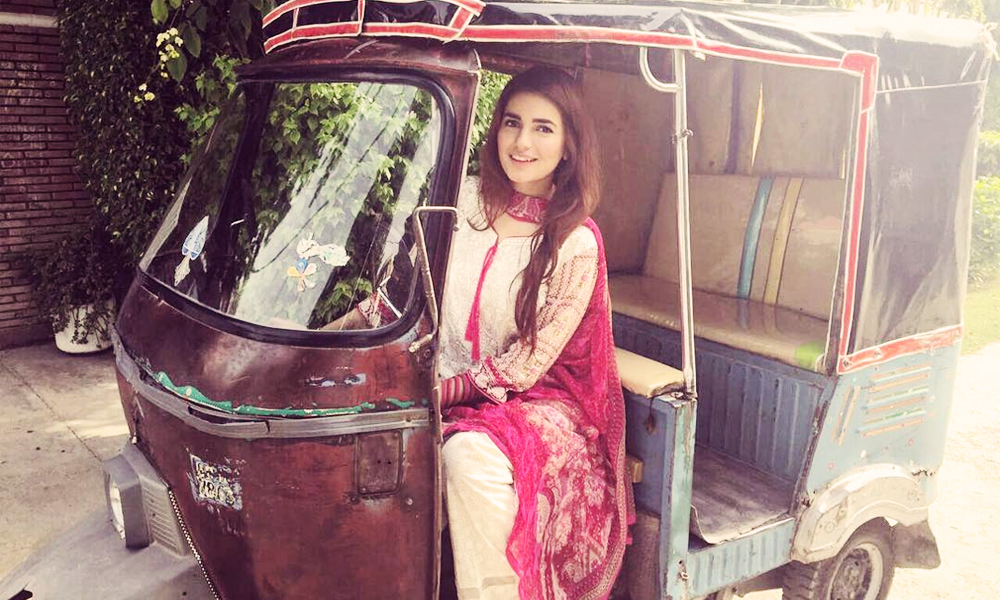 The stunning singing diva is back to New York after her fabulous long-run in Pakistan. Momina Mustehsan has been capturing Pakistan’s hearts since her debut in Coke Studio but looks like this time around, it’s  Pakistan that has stolen Momina’s heart!

Momina has been missing Pakistan and its finger-lickin’ spicy desi food.

Grimald's pizza in Brooklyn is awesome. BUT – I miss my spicy desi khana 😢#MissingPakistan

The songstress posted a picture of herself on her social media, enjoying a rickshaw ride back in Pakistan

She’s decked in a beautifully adorned kurta shalwar and says she misses Pakistan.

One of those days that I'm missing Pakistan a lot. I think I should go back soon.. #MissingPakistan

Looks like she’s trying to divert her attention from all the Pakistani food cravings she has!

After all the views from fans on Momina’s missing Pakistan pictures, #BringMominaHome has been trending on twitter.

They definitely want her back!

#BringMominaHome so that she can have ghar ka khana too. I feel ya, sista! pic.twitter.com/gac0i7CqfU

Come to #Karachi @MominaMustehsan & I'll take you to Kolachi, their mutton chops are the best. #BringMominaHome

Someone please #BringMominaHome . She's missing our desi spicy food so much! 😭 pic.twitter.com/v5Hxq6Z1Gn

Not everyone quite understands why this has become the latest twitter trend!

#BringMominaHome ? Why.. How did this even become a trend? pic.twitter.com/qO98pviZTk

Who creates these stupid trends.

Is this a new campaign endorsed by Momina Mustehsan for an airline company . What are your thoughts on this new trend? Tell us in the comments below.

Lol how did #BringMominaHome start trending?!I guess I'll have to fly to pakistan now. Help me find a flight! @EtihadAirways is all sold out

The girl with the nightingale voice, Momina was recently spotted with Amir Khan for a fundraising event that she attended for The Amir Khan foundation

@amirkhanfoundation fundraiser dinner in #NYC. They do some very incredible things – installing wells around Tharparkar desert in Sindh for people to have access to clean water is one of the many. I donate most of what I make to this charity. Please consider supporting it too!

Momina was roped in by PSL team Islamabad United as their Empowerment Champion. We’re all excited to see what else she has in store for us!

Stay tuned to Brandsynario for the latest updates!