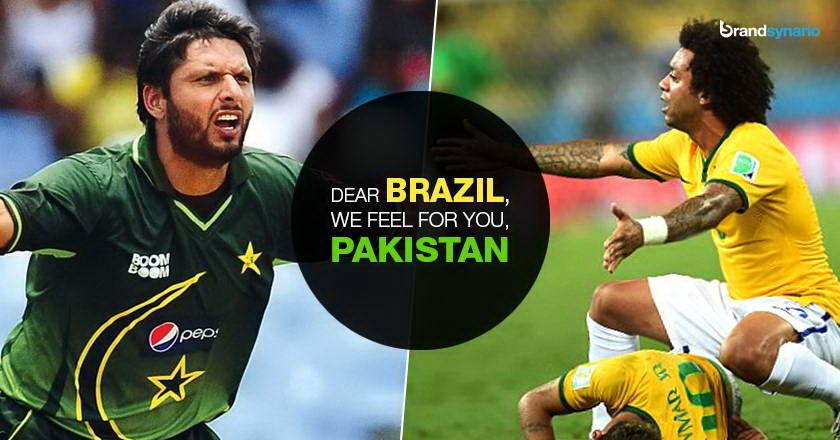 Our deepest condolences to you, and not figuratively, we Pakistanis can LITERALLY understand what you’ve been through last night better than anyone else.

This might have been a first-time shocking defeat for you, but trust me, we have seen this spectacle countless times before.

We have felt the same near-death heart-breaking emotions and we too have seen our beloved team being ridiculed by foreigners and locals alike – our rich history of cricket defeats can prove that.

World Cup 1999 – Final:  We were unbeatable champions (just like you) who were ruthlessly destroying every other team (except – Bangladesh – who ironically ripped us apart).

Victory was inevitable for us but only till Australia decided to crush us like a mammoth stepping on an ant.

The worst part is – we stood, defenseless and shocked (just like you).

We were confident – to the point of being arrogant but alas! We ended up getting ‘toppled over’ for a total of 132 by a team who was playing their first world cup, Ireland.

World Cup 2011- Semi Finals: We were up against our archenemy, India on their home ground.

We were proud of the fact that we had never been defeated by India in Mohali  before, but we were hurt because we had been deprived of hosting the World Cup.

As a nation prone to quick temper and over confidence, we not only lost the match but gave a miserable performance (just like you) on the field.Your sad, angry and emotional reactions reminded us of our own misery.

Your sad, angry and emotional reactions reminded us of our own misery.

Here, have a look:

But just like you crushed Germany in FIFA World Cup 2002 and became the undisputed champions,we defeated England in 1992 and initiated the golden history of cricket in Pakistan.

Just like you claimed the FIFA trophy not once or twice but five times, we reached the semi-finals of the 1979,1983 and 1987 World Cups and became a team to be reckoned with in international cricket.

And just like you gave talents like Neymar, Kaka and Ronaldo Luís Nazário de Lima to the football industry, we produced legends like Sahid Afridi, Shoib Akhtar and Imran Khan.

The moral of the story is what Thomas Wayne said to the Batman: “Do you know why we fall? So we can learn to pick ourselves up again.”