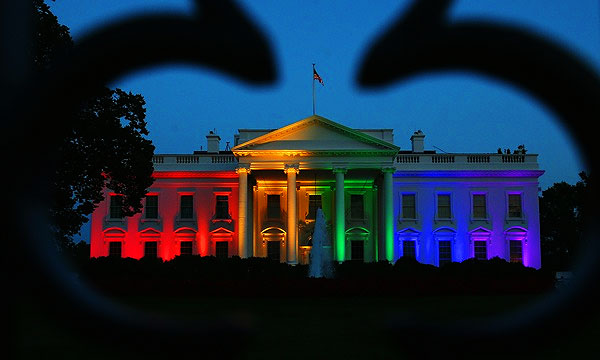 Whether we are pleased about it or revolted by it, the Supreme Court of America has ruled in favor of marriage equality across the nation on Friday.

It is not just the White House which was lit up with rainbow colors on Friday evening but the entire international social media, where the cause was very popularly supported not just by individuals but big organizations, corporations, and brand names.

From Google to Facebook to Twitter and Instagram, people have put up rainbow-colored display pictures and brands have come up with unique and cheery creative to support the highly controversial cause of marriage equality.

Several big names in the social media such as Facebook and Twitter and Buzzfeed included sported rainbow themed avatars this Saturday.

On the other hand, search engine giant, Google added coloured art to any search results regarding the topic. 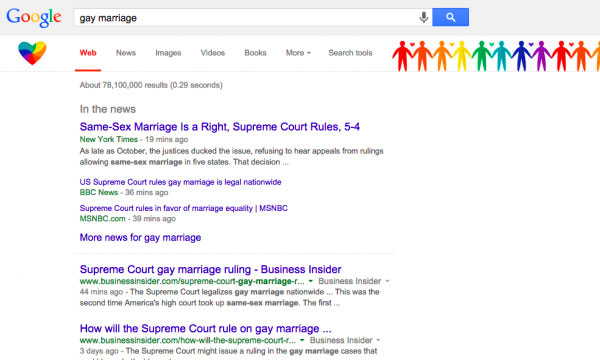 Have a look at all the support, the colors, the messages and the creativity.

We are just bursting with #Pride! So much incredible music, movies, apps and more. http://t.co/m047GapR7l pic.twitter.com/1UvmgOQkJd


The first #pride flag flew in 1978. Today we understand what it really means. #LoveWins https://t.co/lWttIejpKj pic.twitter.com/gIHwu7JRA2

#LoveWins and #Solemates can finally be together. #Pride pic.twitter.com/mWxCVZJfpQ

Stay who you are. #LoveWins pic.twitter.com/2XZplHFNzi

Wear it with pride. #LoveWins pic.twitter.com/xQWdSym1Hh

Live a life that makes you proud. #LoveWins pic.twitter.com/p0kW7gYrne