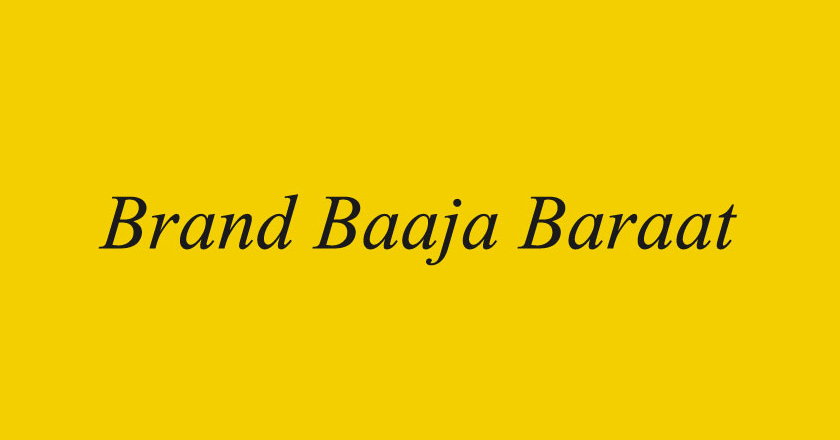 Has anyone realized how taxing it has become to watch an ad these days (if one manages to survive through the 30 seconds)? This way, we all pay an ‘ad’ valorem tax each time we watch an ad; after all the nonsensical value is directly proportionate to the worth of the ad itself.

It is as if the creators of these ads have come up with a way to psychologically torture viewers and test their nerves to the max – and damn they’re doing a swell job!

Based on an insight, the idea that corporations are people is the core idea of modern branding. But human beings have a tendency to anthropomorphize absolutely everything, including brands. We often see ads in which personality traits are attached to inanimate objects.

However, the idea of animating an object may still, after all these years, be regarded as creative. Can one imagine if we anthropomorphized an ad these days?

So if corporations, brands or for that matter ads were to be ‘people’, wouldn’t they have to go through a certain diagnosis (considering the state the ads are in these days)?

It turns out that if an ad had to undergo a diagnosis, it would reflect the image of a psychopath.

Why? Because it would pass all the criteria used for the diagnosis such as superficial charm, incessantly gyrating on absolutely any tune that plays along, outrageously gaudy outlook, grandiose sense of self-worth, relentlessly chanting ‘out-of-tune’ tunes, intermittent abnormal behavior, to name a few.

So, does it really matter if an ad acts like a psychopath? Well, apart from the fact that these ads are part of our daily consumption (televiewing wise) and provide sufficient ‘unhealthy’ fodder for our brains – well yes that really matters.

Because all the higher order values brands tend to create for the consumers through these ads should preferably complement the brand image rather than tarnishing it and creeping the viewers out!

So metaphorically speaking, the role of the agencies is to rehabilitate the corporate psychopath rather than becoming a part of it. So, how the (brand) personality is being depicted rests on the agencies’ shoulders.

Whatever has happened to that darn thing called ‘creativity’? Agencies are either ditto-copying foreign advert these days or simply following an age-old formula of resorting to that same ol’ song and dance sequences present in almost every second ad that is made today.

Some examples include Tarang, Warid LTE, QMobile S200/250, ZONG 4G, QMobile W200, Rivo Mobile and many more. (They all depict Pakistan as a ‘dancing’ nation!)

Mark Earls, Herd Consultancy argues that a genuinely new idea is a rare event and the truth is that most innovation involves borrowing and repurposing ideas and strategies from elsewhere. Thus, James Watt did not invent the steam engine, as many of us have learned at school, but he fixed a weakness in a 50-year old design and markedly improved its efficiency.

However, while Earls advocates copying as a strategy, he is also at pains to point out that there are limits to this approach. Copying too closely, for instance, is unlikely to create value for anyone, while copying from within one’s category should, in general, be avoided. Copy loosely and copy from afar, he advises.

Many would endorse Earls’ theory while many would deem it absolutely berserk or even unethical. But here in Pakistan, we really do need to draw a line. Agencies need to ascertain how much to copy (if at all) if they don’t want to tread the path of original ideas.

As a personal request, I would urge them to copy at least loosely as advised by Earl and produce something that viewers would appreciate. After all, ads, apart from being a means of communication, are also a form of art.

(Disclaimer: The views expressed above solely belong to the writer and does not necessarily imply Brandsynario’s opinion towards an individual, organization or a group.)