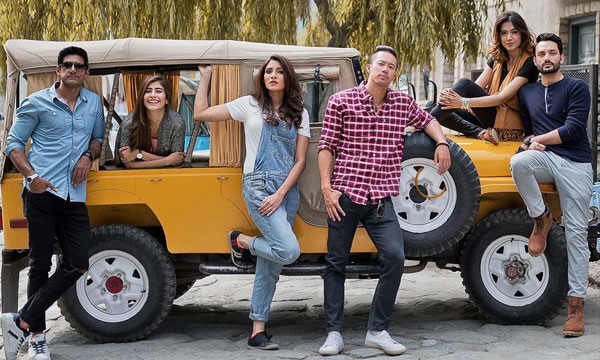 Chalay Thay Saath has created quite a buzz with the release of its trailer and its spree of promotions. The movie has as stellar star cast that includes the dainty Syra Shehroz who is making her debut in the Pakistani film industry. Even more exciting is the presence of the Chinese hottie, Kent S. Leung.

The flick has released its new song Bolo. The tune is super soulful and rightly depicts the true beauty of Pakistan!

LISTEN TO THE SONG BOLO OF CHALAY THAY SAATH HERE!