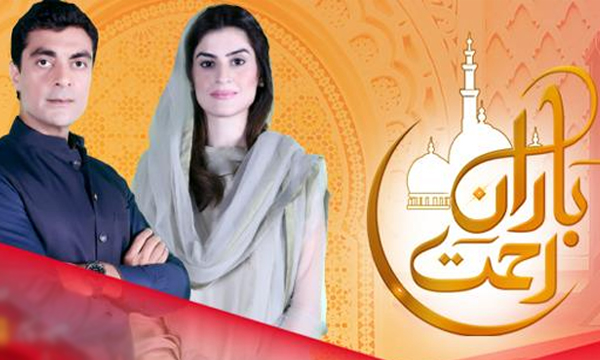 Ramazan transmissions are the talk of the town these days. The rat race continues as each channel tries to up its game by bringing in something new and exciting to engage viewers and get the highest TRP’s at the end of the day.

Celebrities working in Pakistani dramas are usually a favorite as hosts for the Ramazan transmissions as audiences can easily relate to them. However, did you know a Bollywood actor is hosting a Ramazan transmission this year? Yep, you heard that right.

The Bollywood turned Pakistani star is none other than Alyy Khan! Alyy Khan shot to fame after working in blockbuster Indian films like Don alongside the ‘Badshah of Bollywood’, Shah Rukh Khan. He is one of those who’ve left not only the Indian film industry but also Hollywood to work in Pakistan. He is seen in various dramas and mostly plays the villain which he pulls off flawlessly.

Although Alyy lives in Karachi and is working fully in the Pakistani showbiz industry, there are people who still regard him to be an outsider and have not welcomed the actor as a host.

Alyy Khan on sets of Baran-E-Rehmat After news of the Mah-e-Mir star hosting the Aaj TV transmission hit social media, here’s how people reacted on the Facebook page, ‘Metronome’.

Some believed his reel life characters to be his real personality!

Well, at least she thought everyone should be given a chance

Looks like Shafaat and Momina aren’t preferred as well.

Wow! We don’t know what to say!

What do you think of Alyy Khan hosting Baran-E-Rehmat? Let us know in the comments below.

Ramazan Transmissions 2017 Ratings: Who is the Real Winner?