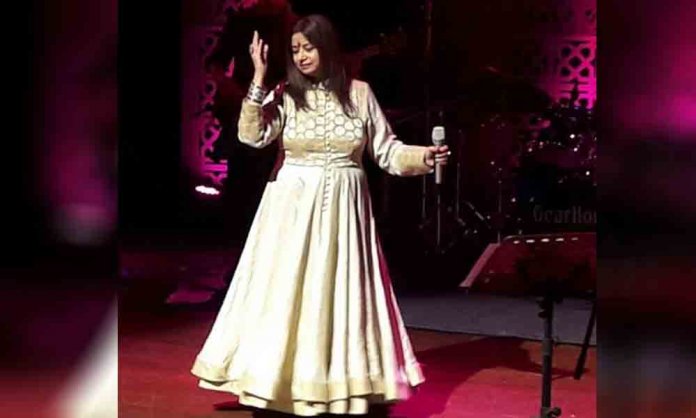 Earlier this year, it was reported that Rekha Bhardwaj was all set to perform in Pakistan and the news created quite a buzz around the country.

The songstress was all geared up to perform at the music awards show in Lahore, ‘Shan-e-Pakistan’ which was also supposed to be attended by many other Indian celebrities as well.

She was also supposed to accompanied by another Indian singer Harshdeep Kaur in the upcoming event.

However, the two have withdrawn their names to perform in the event after the Pulwama attack that has shaken the harmonious relationship between the two countries.

While talking to an Indian publication, Rekha Bhardwaj said:

I canceled our show to Pakistan immediately after the Pulwama attack.

The news of her performance in Shan-e-Pakistan was first revealed through the social media accounts of the event with the caption:

Lahore will be breezing again with this Kabira singer at #SEPMA2019 – Rekha Bhardwaj, a renowned name from #India who has bagged multiple awards for her melodious voice will be collaborating and performing at the Shaan-e-Pakistan Music Achievements 2019.

For more updates an details, stay tuned to Brandsynario.