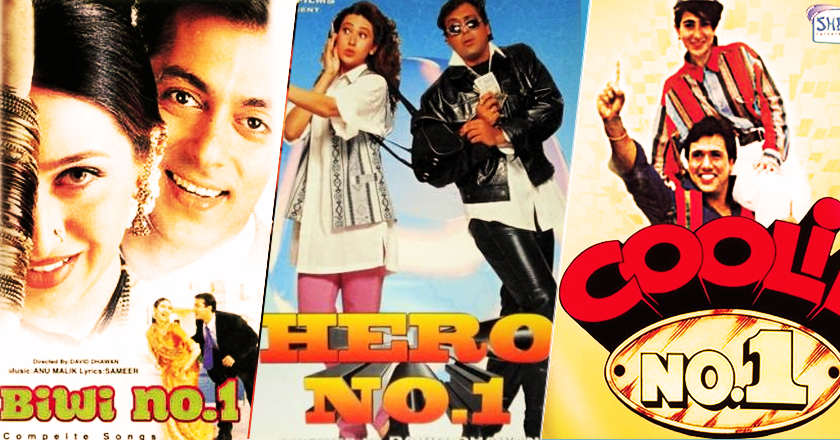 Seems like Bollywood filmmaker Vashu Bhagnani is catching up with the latest trend of making reboot movies and is now revisiting his classic “No.1” entertainment ventures of the 90’s to produce remakes of his movies: Hero No. 1, Biwi No. 1 and Coolie No. 1.

According to the rumor mill, there is a contest going on between Ranveer Singh and Ranbir Kapoor for the main lead of Hero No.1 The announcement was soon after Eros International Media Ltd bought a 50% stake in Bhagnani’s Puja Entertainment and Films Ltd.  As per the new merger, the No.1 comedy series will be among the first to get a mega reboot.

But this is just not it!

Even the golden epic ‘Bade Miyan Chote Miyan’ starring Amitabh Bachchan and Govinda will also see a remake. Supposedly, Akshay Kumar and Sidharth Malhotra are being considered as the leading heroes in the tale. With this remake spree going on in Bollywood, fans of the 90’s Indian movies will have something to look forward to in the upcoming years.

‘Andaz Apna Apna’ Movie Sequel Announced: Salman & Amir to Be In the Movie?