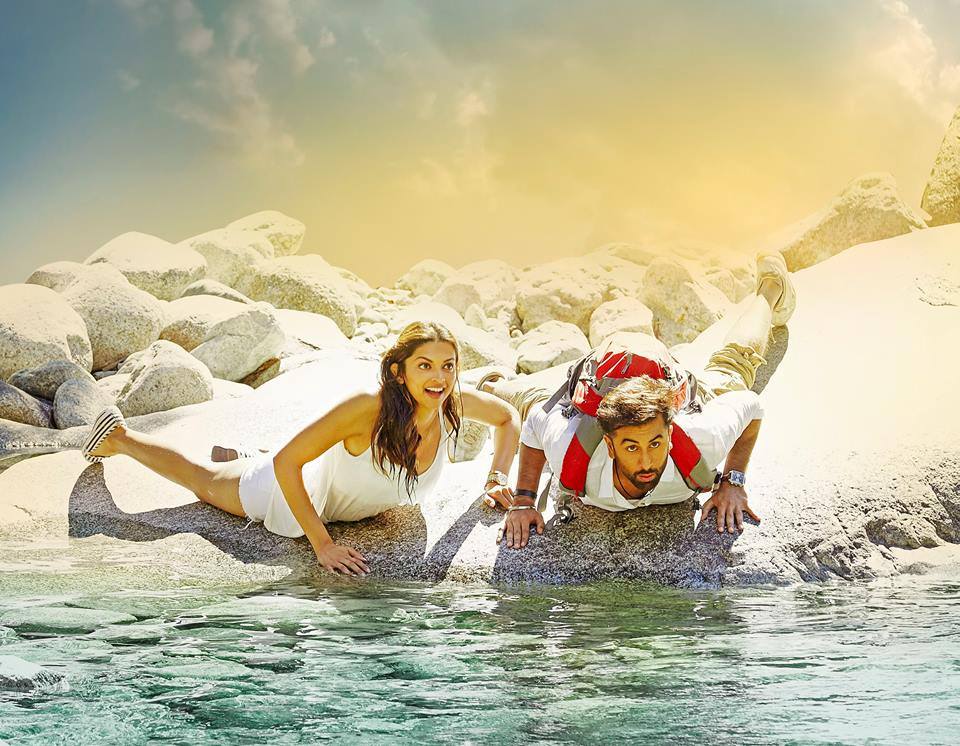 The first look of Tamasha is out now and it features Ranbir Kapoor & Deepika Padukone in an easy, breezy vacation mode. The movie also features veteran Pakistani actor, Javed Sheikh. Deepika will also be singing in this movie.

Here is the latest poster for the movie:

Here’s an exclusive picture of @deepikapadukone and Ranbir Kapoor from the sets of @TamashaOfficial. pic.twitter.com/3InL0i5aVn

The movie stars Deepika Padukone and Ranbir Kapoor in the lead roles. This is the fourth movie the duo will be appearing in together, after Bachna Ae Haseeno, Bombay Talkies and Yeh Jawaani Hai Deewani.

Currently being shot in Dehli, the plot for the movie revolves around a nomad, played by Kapoor, who meets Deepika while she is in Corsica to follow the trail of her beloved cartoon characters, Asterix and Obelix. The two bond over their love for the comic series and end up becoming troupe artists, performing all over the island in France.