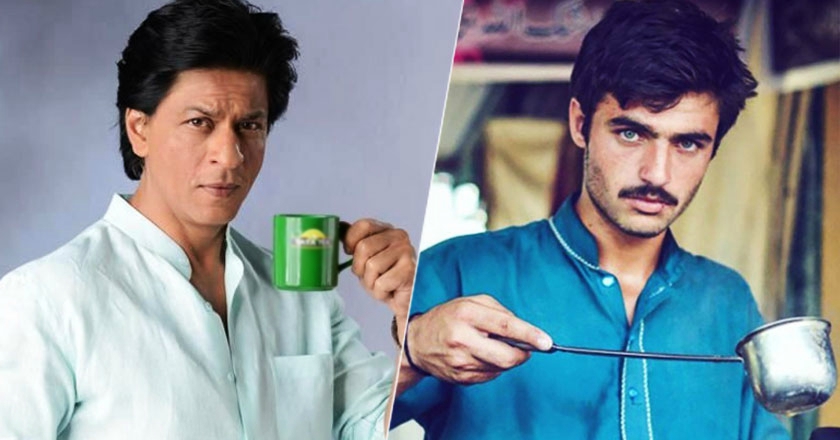 Chaiwala does it again, and this time, he worked his magic over the heart of the King Of Bollywood, Shah Rukh Khan (SRK)! Earlier when the internet sensation went viral almost a month ago for his Prince Charming looks and blue coloured eyes.

In the video, a reporter is seen asking the new found celebrity about his sudden fame and if he’s aware of it. To which he replies that he is as his friends informed him about his pictures going viral on the web.

He was then asked whom he thinks he looks like, to which the Chaiwaala blushed and replied Shah Rukh Khan. To this, SRK took it to Twitter to respond and tell the world what he thinks about the young lad Arshad Khan, SRK tweeted, “How sweet is this. Beauty lies in simplicity.”

How sweet is this. Beauty lies in simplicity. https://t.co/QZbTMQN8Sj

Looks like the Chaiwala hype is taking a whole new twist! We may soon see more B-Town fans giving shoutouts to their favourite star, very soon!

The photograph of Arshad Khan Chaiwaala went viral when a photographer from Pakistan uploaded his pic on Instagram and the pic was then taken from their and uploaded on Instagram by some net user. Since then the picture of the dashing young man pouring tea in a utensil had caught the fancy of several ladies on social media. Many couldn’t help but praise his sea-blue eyes and chiseled features. The photographer had spotted the guy at a Sunday bazaar in Islamabad.