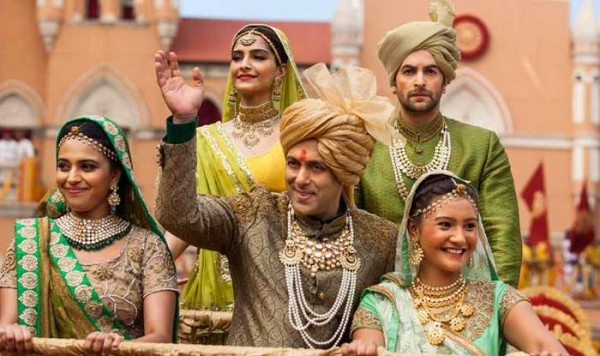 The Diwali release of the much-hyped Salman Khan’s and Sonam Kapoor’s Prem Ratan Dhan Payo has excited the superstars of Hollywood. Extending their heartfelt wishes to the movie’s squad, actors like Shahrukh Khan, Amir Khan and Ranbir Kapoor are not shying away to express their love for PRDP!

Of course, King Khan never fails to rise to the top. He was the first one to wish PRDP, 12 days before its release!

My love & best wishes to the whole team https://t.co/QGkfFlJzcq

Joining him is the heartthrob Ranbir Kapoor, who revealed how eager he is to view the movie. “It’s Sooraj Barjatya and Salman Khan coming together…the music is amazing. I’m really looking forward (to watching it). I think it’ll be a grand Diwali this year with that film”, he revealed.

Equally enthusiastic is Tushar Kapoor for the Sooraj-Salman union. “I am very excited about ‘Prem Ratan Dhan Payo’ since its Sooraj (Barjatiya) ji’s film with Salman Khan after 16 years. I think the entire country would like to watch the film,” he said while attending a Diwali bash.

The latest in line is Amir Khan who hoped that PRDP turns out to be Salman Khan’s biggest.

Happy Diwali Salman! Wishing Sooraj, Sonam and you your biggest success ever! Love. a.

Seems like bromance is high in B-town between Salman Khan and the other heroes!