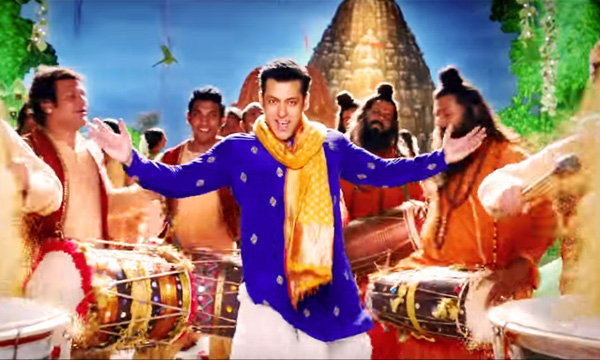 The year’s most awaited movie Prem Ratan Dhan Payo’s trailer alone has taken the world by storm! Add to this, the widespread promotions by the entire Bollywood fraternity, it seems like Salman Khan’s latest extravaganza is about to break some serious records.

Having impressed everyone with her dance moves in the title track of PRDP, Sonam Kapoor asked all her followers to send her in their Dubsmash videos of the song to enter a competition!

While the audience is on board just fine, the Bollywood stars are joining in the dance frenzy too. Copying the Rajshiri heroine dance moves in every way possible, the entries for the PRDP Dubsmash competition are flowing in fast!

Check out some of the top Bollywood celebrity Dubsmash videos for PRDP:

And this is after food @sridevi.kapoor, this is my dream come true.. 🙏😁

For you my love @shabinaakhan, the choreographer behind the famous moves, and the glorious executor @sonamkapoor #PRDP