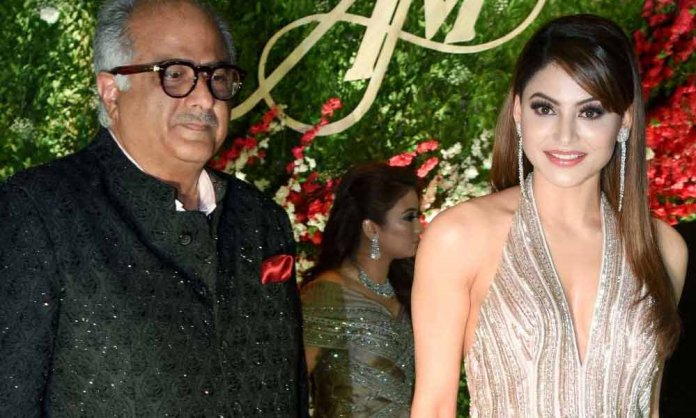 A video of Bollywood actress, Urvashi Rautela and Indian filmmaker Boney Kapoor has been doing rounds on social media and the Indian media just cannot stop talking about it.

In the video, Boney Kapoor and Urvashi can be seen standing together, sharing a laugh and chatting during a wedding ceremony.

However, the netizens noticed how Boney Kapoor is seen patting the actress on her back.

Moreover, a Pakistani website also shared the video with the caption:

The description caught the attention of Urvashi Rautela and then she took to Twitter to bash the website.

The actress thought that it was an Indian website and called it ‘India’s ‘SUPREME’ newspaper’.

Presumably one of the India’s ‘SUPREME’ newspaper and this is ‘NEWS’!!?? Please dont talk about GIRL POWER or WOMEN’S LIBERATION when YOU don’t know how to RESPECT/HONOUR GIRLS (sic),”

However, Urvashi did not realize that aaj.tv is a Pakistani website and has nothing to do with India.

Presumably one of the India's 'SUPREME' newspaper and this is 'NEWS'!!??
Please dont talk about GIRL POWER or WOMEN’S LIBERATION when YOU don't know how to RESPECT/HONOUR GIRLS. pic.twitter.com/QK2Xc2tuSB

Meanwhile, Indian media continues to create a controversy around her and Boney Kapoor