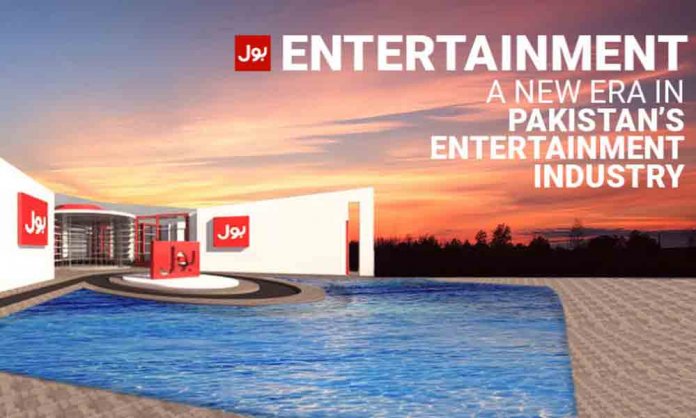 The launch date has been revealed by the media giant and by next month, BOL Entertainment will finally began its transmission by next month.

Bol Network and its TV Channels are known for its brutal honesty on the various talk shows anchored by renown media personalities.

The new entertainment channel is set to be a game changer and the network promises it to be a ‘revolution’ in Pakistan’s entertainment industry. The focus of this channel will be towards bringing high-quality content that is suitable for the diversified audience of Pakistan.

The channel has mentioned their content to be family-friendly and entertaining keeping in mind the Pakistani culture, heritage, and values. It aims to showcase this within the country and across the world.

According to the official Facebook page, it looks like Bol Entertainment has roped in famous actors from the drama fraternity of Pakistan.

Here are few Behind the Scene shots from the channels recordings!