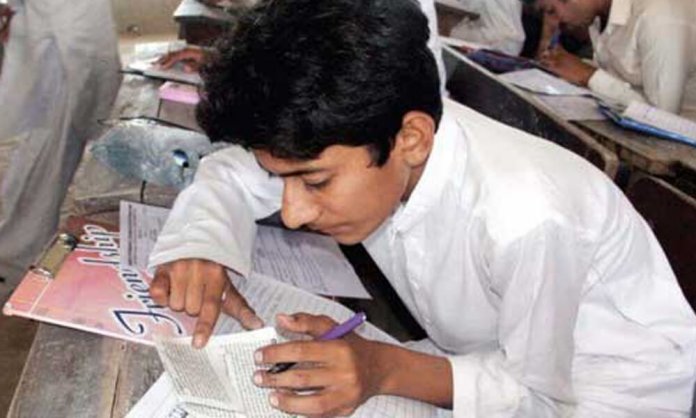 Over the weekend, a video went viral that has shocked Board of Secondary Education students (Matric) to the core.

The clip showcases an examiner checking papers of a Class 9 student without even reading through the papers thoroughly.

This video was shared on the Facebook page called ‘Education in Karachi’, which claimed that the reckless examiner is actually a shopkeeper.

The page further describes that the examiner has a printing shop located in Gulistan-e-Jauhar and is an invigilator for the board.

However, his carelessness shows that he has absolutely no concern whether the students pass or fail, and if their hard work goes to waste.

Students are Heartbroken After Seeing The Video

It is to be noted that various students worked hard all year long and often receive bad grades due to such negligence by examiners.

Many even end up taking their lives as they are too ashamed of becoming failures in society and are unable to meet their parent’s expectations.

The surfacing of this video clearly exposes that the mafia behind it. Individuals responsible behind such acts do not have sympathy towards the children who try to take their lives, and for those who work day and night to secure high grades.

Have you also been a victim of a similar incident? Share your experience with us in the comments below.